#41 / Getting Your Degree From PragerU 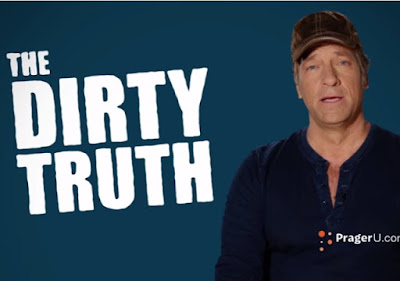 Until I read a New York Times' story about it, I had never heard of Prager University, which is also called "PragerU." Please be advised, at the outset, that "Prager University" is not, actually, the kind of institution of higher learning that typically bears that "University" title. It is, instead, an online purveyor of "educational" videos.

PragerU was founded by someone named Dennis Prager, a right-wing radio commentator. Funding has come, in large part, from a couple of brothers who made their fortune in the fracking boom. Those who operate "PragerU" are trying, I find, to keep their video presentations to about a five-minute run time. The Times' article puts it this way, in its online headline:

Right-Wing Views for Generation Z, Five Minutes at a Time

PragerU, short for Prager University, is an American non-profit organization that creates videos on various political, economic and philosophical topics from an American conservative or right-wing perspective. The organization was co-founded by talk show host and writer Dennis Prager. The videos are posted on YouTube and usually feature a speaker who lectures for about five minutes. The organization relies on donations, and much of its early funding came from fracking billionaires Dan and Farris Wilks.

PragerU is not a university or academic institution. It does not hold classes, does not grant certifications or diplomas, and is not accredited by any recognized body.

If you click on one of those links, furnished above, that should allow you to read The Times' article, you may run into the newspaper's paywall. Since I think it is important that people understand what PragerU is all about, you can click right here, if you'd like, for a PDF version of the article, to get you by that paywall problem.

Below, I am reprinting an excerpt from The Times' article, as reporter Nellie Bowles commented on the experience of Will Witt, who is shown interviewing students at the University of California, Berkeley. Witt has gone from being a "student" to someone directly involved in helping to prepare new video lessons for the PragerU curriculum. This is from the article: 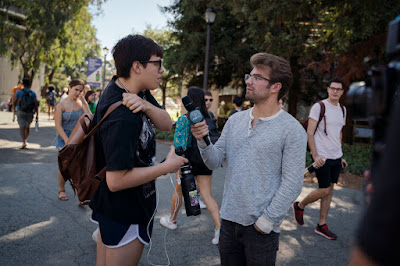 The goal of the people behind all of this — Dennis Prager, the conservative talk show host and impresario of this digital empire, and the venture’s billionaire funders — seems simple: more Will Witts in the world. More pride in American history (and less panic over racism), more religion (specifically in the “Judeo-Christian” tradition), less illegal immigration, more young people laughing at people on the left rather than joining them.

Mr. Witt, 23, said he was raised in a relatively liberal home by his mother, and when he arrived at the University of Colorado in Boulder, he was already leaning conservative. But he found his zeal for the culture war on campus. One of his classes offered students extra credit for going to a political protest. Mr. Witt submitted that he would go to a nearby speech hosted by the right-wing star Milo Yiannopoulos. The teaching assistant told him that would not count, he said.

He was frustrated, feeling lonely and at home watching videos on YouTube. The site prompted him with a bright animation made by PragerU. He can’t remember the first video he saw. Maybe railing against feminism, he said.

“I must have watched every single one that night,” Mr. Witt said. “I stopped going to class. Pretty much all the time I was reading and watching.”

He did not graduate from college.

The videos are five minutes each, quick, full of graphs and grand extrapolations, and unapologetically conservative. Lessons have titles like: “Why Socialism Never Works” (a series), “Fossil Fuels: The Greenest Energy,” “Where Are the Moderate Muslims?” and “Are Some Cultures Better Than Others?”

To the founders and funders of PragerU, YouTube is a way to circumvent brick-and-mortar classrooms — and parents — and appeal to Generation Z, those born in the mid-1990s and early 2000s.

It is heartbreaking to realize that video "lessons" offered by PragerU caused Will Witt to quit college. Genuine education comes from debate and discussion between real people, inhabitating the same space at the same time, trying to make sense of the world.

The addictive power of modern media is well-known. We need, as parents and citizens, to try to vaccinate ourselves, and our children, from what amounts to a deadly plague of propaganda, pretending to be "education."