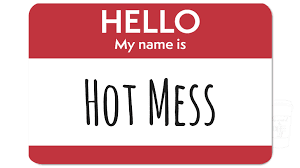 New York Times' columnist Timothy Egan says America is a "hot mess." That term is defined as follows by Dictionary.com:

Hot mess is used to describe a particularly disorganized person or chaotic situation.

As we venture into an election year, and a year in which the political stakes are extremely high, such a description of the "state of the union" does not, exactly, inspire confidence and an optimistic sense of our future possibilities. However, I think that a thoughtful read of Egan's opinion-editorial comment might be somewhat comforting.

Egan's column ran in early December of last year, and in the online version of the column, the "hot mess" aspect of America's current situation is headlined. Since Egan's column was written well before President Trump's assassination by drone of Iranian Quds Force commander Qasem Soleimani, it is fair to say that the "hot mess" Egan mentions is even "hotter" and "messier" now. Let me alert you, however, to the fact that in the hard copy version of the newspaper, which was delivered to my home on December 7th, the headline doesn't use that "hot mess" language. It reads a little bit differently, and I think we should pay attention to that original headline:

America Still Has a Story To Tell

I believe that the hard copy headline gets it right. Overcoming adversity is always the way that we find a new way forward. Won't it be great when we not only "survive," but "overcome" our hot mess condition, and start leading the world towards a democracy based on the full engagement of ordinary people in the challenges that confront us?*

Is there any reason to believe that we can't do that? Here's some positive language from Egan's column:

Today, there is no external enemy to unite us — not the British Crown, Nazi Germany or a Communist Soviet Union. For much of the world, and more than half of the United States, Trump is the uniter — the repellent-in-chief. As we saw again this week in Europe, the president is a laughingstock, mocked for his buffoonery, ignorance and bluster. In just a few days abroad, he made 21 false statements, a microcosm of his presidency.

At home, he wages war on American institutions: the military, the courts, Congress, the press, respect for truth, the Constitution itself. But he also faces certain impeachment, because what he did warrants no other choice. Though he most likely won’t be removed, a majority of Americans say he has committed an impeachable offense. He will be forever remembered for the gross violations of his oath.

We should be loud and proud with this to the rest of the world: L’état, c’est moi is nowhere in the founding documents. That’s another story America can yet tell.