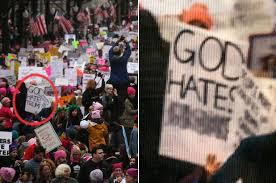 One would think that the National Archives would be dedicated to preserving and displaying the documents and other evidences that can inform us about our history. Preserving and protecting such evidence of our history helps give us the ability, now and in the future, to evaluate our history in an objective way - for better and for worse.

In fact, that is exactly the purpose of the National Archives, as outlined on its website:

In a democracy, records belong to the people, and for more than eight decades, NARA has preserved and provided access to the records of the United States of America. Records help us claim our rights and entitlements, hold our elected officials accountable for their actions, and document our history as a nation. In short, NARA ensures continuing access to the essential documentation of the rights of American citizens and the actions of their Government.

As it turns out, the administration of President Donald J. Trump has rejected that approach, and in preparing an exhibit on the Women's March in 2018, the Archives "blurred" a photograph that showed a strong protest against the president. You can see the altered picture above. Here is a link to a good article about what the Archives did, as the article appeared in the print edition of The New York Times on Sunday, January 19, 2020.

To be fair, a spokesperson for the Archives has since apologized, and has promised that this will never happen again.

Is this incident both minor and inconsequential (particularly since the Archives got caught, and apologized), or is it a disturbing adumbration of things to come? Things, perhaps, like the creation of a "Ministry of Truth," featured in George Orwell's book, 1984. The central character in that book, you may remember, Winston Smith, worked for the Ministry of Truth, and he spent his days rewriting history, because the government realized so clearly that:

Altering historic photos was a practice undertaken by Stalin's totalitarian government. You might remember that, too.

As Fox News used to say: "You decide!"