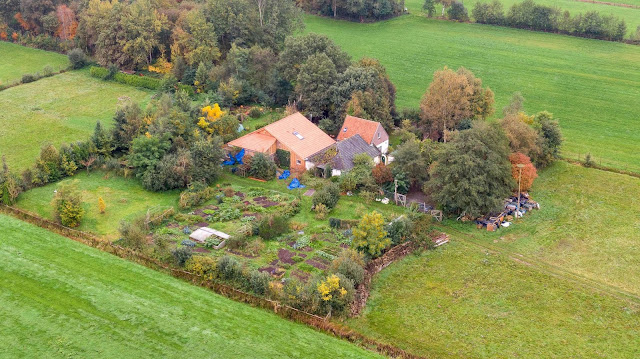 I was fascinated by a recent story in The New York Times. The picture above shows a remote farm, located in a rural part of the Netherlands. Looks like a pretty nice place to live, at least to me. As it turns out, though, to quote the headline of The Times' article:

The family living on the farm shown above was completely unknown to Dutch authorities. Its situation "came to the attention of the local police after a young man left the farm, found his way to a local pub, and told his story."

This young man told his story, I note, only after gulping down five beers!

The following comment in the story set me to thinking:


In a hyper-connected world, where people find it hard to put down their cellphones much less totally drop off the grid, there was immediate fascination with the strange tale of how a “doomsday family” could manage to go unnoticed for so long.

While the family in the story was certainly isolated (can you imagine no beer for nine years?), it strikes me that in our "hyper-connected world," where "connectivity" is taken for granted, a world in which you can use the Internet to order beer, if you're running out, the fact that we are so "connected" on social media does not, really, eliminate social isolation.

In a lot of ways, our hyper-connected world minimizes, or even eliminates, most direct human contact. We are, more and more, actually "living" in "the cloud," and this may be just as isolating, or perhaps even more isolating, in a different way, as secluding your family on a farm in the rural Netherlands.

Think about it! That is what that photo presentation called "Removed" is intended to demonstrate. As I pointed out in my earlier blog posting, our current brand of "connectivity" is not bringing us together. It is actually driving us apart! 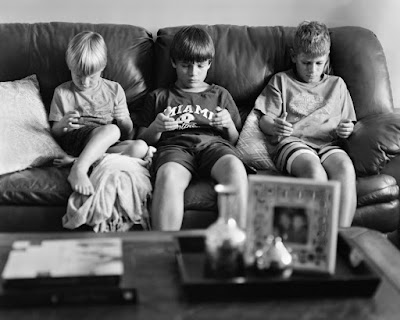