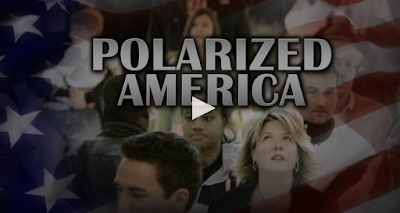 The political polarization that has infected American politics strikes many people as more than simply distressing. Noah Feldman, a professor at Harvard Law School, considers our current situation to be a genuine constitutional crisis. Writing in The New York Times, Feldman says this:

Now that President Trump has announced ... that he will not cooperate in any way with the impeachment inquiry begun in the House of Representatives, we no longer have just a crisis of the presidency. We also have a breakdown in the fundamental structure of government under the Constitution. That counts as a constitutional crisis.

A constitutional crisis exists when two conditions hold. First, we face a situation where the Constitution does not provide a clear, definitive answer to a basic problem of governance. Second, the political actors whose conflict is creating the problem appear ready to press their competing courses of action to the limit ...

[White House Counsel Pat] Cipollone ... presents the president as the judge of whether a congressional inquiry into impeachment is constitutional. That obviously can’t be right. Not only would that violate the principle of separation of powers; it also would effectively put the president in ultimate control of the impeachment process ...

[But] going to the Supreme Court ... is always a bit of a gamble. The court’s four more-liberal justices would undoubtedly side with the House. The court’s four most conservative justices, two of them appointed by Mr. Trump, would find themselves in a quandary. Given the weakness of Mr. Trump’s arguments, it’s possible to imagine that they would take the position that the judicial branch should abstain from a conflict between the other two branches — a way of dodging the issue that would effectively allow them to give Mr. Trump a victory.

That would leave the balance of power with Chief Justice John Roberts, who is a judicial conservative but above all wants to protect the court from appearing partisan. The trouble is, there would be almost no way for the Supreme Court to resolve the current crisis without seeming ... [to be] taking a side in a political fight.


Feldman's analysis suggests that a compromise of some kind is needed, the exact opposite of what both the House of Representatives and the President seem to intend. Both sides are "press[ing] their competing courses of action to the limit."

Feldman not only suggests that a compromise is needed, he proposes a specific compromise that he thinks could avert the constitutional crisis. The House could agree to initiate its impeachment inquiry by a formal vote of the House, which it hasn't done. Such a formal vote has been taken in prior impeachment proceedings, though there is nothing in the constitution that specifically requires that. If the House did proceed only after a formal vote, agreeing to something that the president has demanded, the president could then agree to honor Congressional subpoenas. If that were to happen, the constitutional crisis would disappear, and the Senate could then resolve the matter of the president's fitness for office in its trial, presuming that an impeachment resolution is in fact adopted by the House.

The Senate, though, which could probably force both the House of Representatives and the President to enter into this kind of a compromise, is singularly dedicated to operating on the basis of partisan objectives, and not upon any honest adherence to what the constitution calls for. It seems very unlikely that the Senate will play this role.

And so.... the crisis looms, and the president is suggesting Civil War.

That is a constitutional crisis, indeed, and it is much more than merely distressing. It is dangerous, and it is putting the future of our democratic republic in peril.