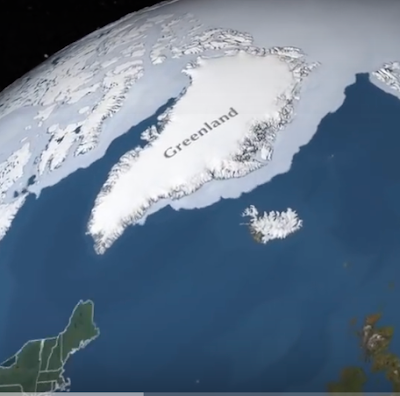 We have all heard how our president has recently gone all "Thomas Jefferson" on us. Jefferson negotiated the Louisiana Purchase from France. President Trump thought it might be great for the United States to buy Greenland from Denmark.

The idea that a nation is nothing more than real estate prompted The New York Times to editorialize as follows:

"Mr. Trump and Greenland: Is This Real Life?"

The Times reluctantly concluded that this was, indeed, "real life," at least as "real life" is defined by our president. As those who follow him know, our president tends to believe that whatever he thinks, at any particular moment, is thereby transformed into "real life," just because he thought it. It quickly became apparent that our president's proposition to buy Greenland was not just "some kind of joke," as suggested by Helle Thorning-Schmidt, a former Danish Prime Minister. In advancing that suggestion, that the president's offer to buy Greenland was just a "joke," Thorning-Schmidt, as The Times said, was "speaking for everyone."

One of the people for whom Thorning-Schmidt was definitely speaking was the current Prime Minister of Denmark, who called Trump's proposal "absurd." That really set him off! President Trump began by berating the Prime Minister personally, calling her "nasty," and then turned his scorn onto the entire nation, denouncing Denmark for what President Trump said was its failure to pay its fair share of the expenses of NATO. All this did not do the United States any favors, of course, but what's new there?

The "I have a great idea: let's buy Greenland" episode, and The Times' reaction to it, prompts me to ask a fundamental epistemological question: What is "real life," anyway?

The real life history of this nation, since January 2017, reminds me of that statement found in James Joyce's wonderful novel, Ulysses, attributed to Stephen Daedalus, a fictional character, and not someone from "real life." Here is what Daedalus said:

History is a nightmare from which I am trying to awake.

Aren't lots of us beginning to feel that way?

On the other hand, while we may recognize that we are living through a nightmare period in United States history, trapped in a nightmare from which many of us, I think, would like to awake at the earliest convenient time, maybe we should also have some fun, while we're living the nightmare, and test out the confines of the possible.

If nations are nothing more than real estate, let's ask the president to do one of his fabulous real estate deals with China. If we could sell the U.S. off to China - at a very good price, of course - we could use the proceeds to deal with the massive income inequality that is driving hardworking Americans into homelessness by the tens or hundreds of thousands. How's that for "real life?"

I'll let you be in my nightmares, if I can be in yours!