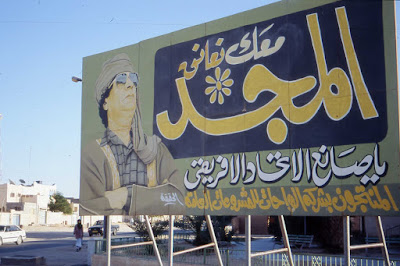 A recent article by Mark Curtis, publised by Consortium News, details how the United States-led war against Libya has spurred terriorism in fourteen different countries. You may (or may not) remember what Hillary Clinton said about that war. After the overthrow of Libyan leader Muammar Gaddafi, this is what Clinton, then the United States Secretary of State, had to say about that war in Libya:

If you have the stomach for it, you can click the link above, to see her say that on national television.

Here's what I think the Curtis' article demonstrates: