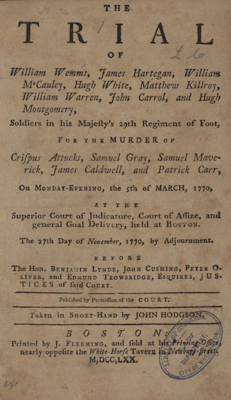 On Friday, May 17, 2019, The New York Times ran a column on its editorial pages under the headline, "Harvard Betrays a Law Professor." That was the headline on the hard copy version. When you click the link below, to read the column online, you will find that the online version adds a little commentary: "Harvard Betrays a Law Professor - and Itself."

Randall Kennedy, who wrote the column, is a law professor at Harvard. He is not complaining about anything that Harvard has done to him to him personally, but to the treatment that Harvard accorded to another law professor, Ronald Sullivan.

Sullivan, according to Kennedy's column, "is the director of the Criminal Justice Institute at Harvard Law School and the architect of a conviction-review program in Brooklyn that has freed a score of improperly convicted individuals." These are pretty good bonafides, from a progressive point of view. Read Kennedy's column to get the full story of the recent events. The essence is this: Sullivan, who had served for many years, with his wife, as a faculty dean at a Harvard dormitory, joined the team of lawyers defending Harvey Weinstein, who has been charged with outrageous (and criminal) behavior related to Weinstein's alleged depredations against women, mostly women over whom he wielded very significant economic power.

Harvard students were apparently enraged that Sullivan would presume to defend Weinstein (though Sullivan is a lawyer, and that is what lawyers do). They protested. Their protests included personal confrontations with Sullivan, and they painted graffiti on Harvard buildings, including: "Our rage is self-defense." Faced with these student protests, Harvard dismissed Sullivan and his wife as faculty deans.

I was reminded of John Adams and his representation of a group of hated British Soldiers at their trial in Boston, in 1770. The British soldiers were among those who fired on a mob of colonists in Boston, killing several of them. The public was outraged, but John Adams, certainly a patriot himself, and a future president, was willing to defend the soldiers in court. The premise was that judgment and punishment should follow a trial.

Most people believe that Weinstein is guilty as charged (and he probably is). The majority of Harvard students seem to have this opinion, and it appears that they are impatient with anyone who would suggest that Weinstein should get an actual trial. John Adams, and his experience defending the British solidiers after the Boston Massacre, shows a different way to approach how "justice" is achieved. You can read about it here, or here.

Let me associate myself with John Adams. From what I know of the events at Harvard, I think Kennedy's column is right on target.