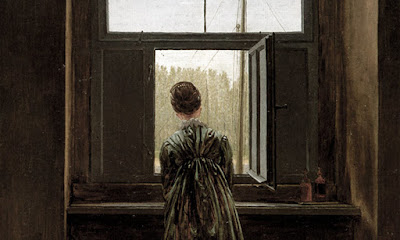 Rebecca Brown, a research fellow at the Uehiro Centre for Practical Ethics, University of Oxford, has written an article published on the Aeon website: "Philosophy can make the previously unthinkable thinkable." Her discussion centers on the "Overton window."


I had never heard of the "Overton window," named for political scientist Joseph P. Overton. According to Wikipedia, Overton claimed that "an idea's political viability depends mainly on whether it falls within a range acceptable to the public, rather than on politicians' individual preferences." Overton has posited the existence of a window of political acceptability that "contains the range of policies that a politician can recommend without appearing too extreme to gain or keep public office in the current climate of public opinion." Trying to advocate for something outside this "Overton window" will result in political defeat.

This idea, that there is a specific "window" of acceptable public policies, and that any effort to advocate for a policy not seen through this window is doomed to be politically unsuccessful, is obviously pertinent to our current political situation. Pundits of all points of view are speculating whether Democratic Party candidates for president can base their campaigns on things like a "Green New Deal," or "Medicare for All," or using the antitrust law to break up the gigantic corporations that dominate our online world.

Widening the Overton window can yield opportunities for ideas that many find offensive, and straightforwardly mistaken, as well as for ideas that are well-defended and reasonable. It is understandable that those with deep personal involvement in these debates often want to narrow the window and push it in the direction of those views they find unthreatening. But philosophers have a professional duty, as conceptual plumbers, to keep the whole system in good working order. This depends upon philosophical contributors upholding the disciplinary standards of academic rigour and intellectual honesty that are essential to ethical reflection, and trusting that this will gradually, collectively lead us in the right direction.


As someone who had a transformational experience during my college years, when I took part in an Honors Program in Social Thought and Institutions that had students in the program reading and talking and writing about "utopia" for two entire years, I have a strong sense that "possibility" is a category much more expansive than the category of the "realistic."

In fact, I am very much opposed to succumbing to the "tyranny of what is," and I'd say that it is high time to push that Overton window of political possibilities as wide open as we can!