#70 / Waiting For The Defenders Of Free Speech 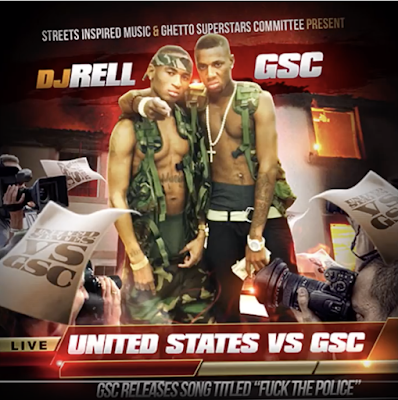 Caille Millner writes a column for the San Francisco Chronicle. On March 8, 2019, her column said that the young person who is standing on the left, in the picture above, has been sentenced to jail for publishing a song called "Fuck The Police." The rapper in question is named Jamal Knox. I am betting his friends call him, "Mal." Millner says his rapper name is "Mayhem Mal."

As Millner points out, "Fuck The Police" statements are not exactly unusual. I actually find it pretty hard to believe that anyone could actually be charged with a crime, and then convicted, for putting out a rap song with a "Fuck The Police" message. But Millner says it's so, and she is not happy.

I would like to hope that Millner is wrong. I've been teaching a legal studies course at the University of California, Santa Cruz and have been reading a lot of free speech cases. They all seem to hold that the First Amendment means just exactly what it says, and it is pretty obvious to me that when governmental agencies start getting away with suppressing all the speech they don't like we are in for a difficult time ahead.