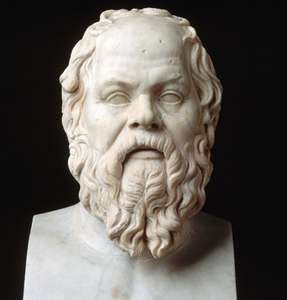 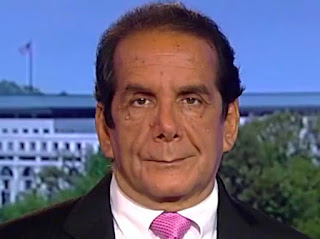 Krauthammer left behind a set of essays, now published in book form under the title, The Point of it All. I have not read Krauthammer's book, but I have read a review, published in my local newspaper on Sunday, January 20th. The review, by Daniel Oppenheimer, contained a line that Oppenheimer said was "core" to Krauthammer's worldview:

According to Oppenheimer, Krauthammer believed that "introspection, self-counsciousness [and] deconstruction...were more likely to be vices than virtues, corrosive to the good life, sound political judgment and global leadership."

Socrates was one of the founders of Western philosophy. He had a different idea. Here is one of Socrates' most famous sayings:

The unexamined life is not worth living.


Krauthammer did have an advantage that Socrates did not. Krauthammer lived post-Shakespeare, and can be expected to have pondered Hamlet's agonized ruminations about how we often fail to take action, as we ought, when our resolution becomes "sicklied o'er with the pale cast of thought."

Another pundit, Thomas Friedman (still alive), has "debriefed" the Iraq War, one of the main initiatives of President George W. Bush, whom Krauthammer thought was a Lincoln-like hero. Considering the Iraq War, which has been disastrous in virtually every way, Friedman poses this question to past-president Bush:

What were you thinking?

Now, I guess, with the Krauthammer book, we know the answer. Influenced by the kind of "worldview" espoused by Krauthammer, our president wasn't thinking at all!

As far as I am concerned, Krauthammer's comparison of Bush to Lincoln is not convincing. With all due respect to Krauthammer (and to Shakespeare), when I think about what sort of leader I would like to have guiding our national policy, it strikes me that it would be an advantage, not a fault, to have a leader who "thinks" before that leader acts.

Just to be clear, in other words, as between Krauthammer and Socrates, I am sticking with Socrates!