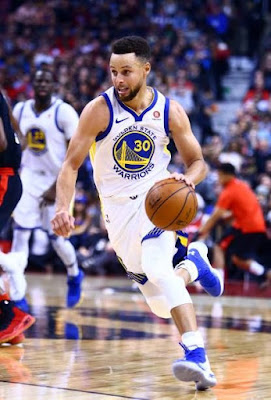 I am not a big fan of debt. I have never believed that going into debt is a good thing to do. Despite such reservations, however, I must admit that I have gone into debt in the past, and then spent a long time to work myself out of that debt (and with the help of an inheritance from my parents, I have to say).

When my son decided to become an acupunturist, which requires something like a five-year course of study, he went into debt in order to finance his education, and I remember talking to him about that,  before he actually did it. I explicitly remember warning him about the similarity of debt to indentured servitude. My son had a perspective that caught me by surprise, telling me that he welcomed the idea that someone (the federal government in his case) would loan him money to develop his professional competence. "I think of it as a willingness to invest in me and my capabilities," my son said, "and naturally that makes me proud."

I got to thinking about that conversation when I read the January 2, 2019, edition of The Wall Street Journal. Specifically, The Journal ran an article entitled, "Taking Stock of the World's Growing Debt." The debt in question was mainly national debt, not personal debt, and the article advanced a (fatherly) warning, not unlike my warning to my son. Watch out for debt! However, the article did note the positive economic benefits of debt, as well.

My first instinct is to see debt as a heavy load, weighing down the debtor, and thus impairing the debtor's ability to move ahead into the future with freedom of choice and a full range of opportunities. There is a lot of merit in this perspective.

On the other hand, my son is also right. Incurring debt can be "aspirational," and can, in a very practical way, make it possible for individuals (and nations) to achieve their hopes and aspirations. This was the insight of the great economist John Maynard Keynes, who argued that going into debt could mobilize, not fetter, the capacities of a nation. It was this Keynesian insight that helped the United States recover from the Great Depression.

I think of Steph Curry, too, that exceptional basketball player in the Warriors jersey. As I watch Warriors basketball, the game announcers have observed, on more than one occasion, that Curry actually pushes the ball out in front of him, beyond his immediate control, and then runs to "catch up to it," as he produces another example of fast-break magic.

Debts incurred for weapons of destruction, which produce no positive outcome, is the kind of debt that will weigh us down. My caution about debt is most appropriate when this kind of debt is in question. But debt incurred in order to provide every young person in this country with a college education, to take a different example, is "pushing the ball ahead," and I think my son is right that this makes sense.

As it turns out, this debate about debt is not just a theoretical debate, either. In the Congress, progressive Democrats like Ro Khanna and Alexandria Ocasio-Cortez want to play "Curry ball," having recourse to debt to finance transformative investments in education and health care. They argue that this is exactly the kind of debt we need. It will make us, collectively, "run to catch up," and the world will be a better place for it.