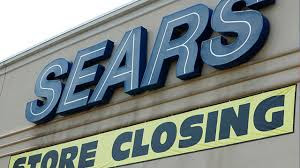 An article in the October 24, 2018, edition of The New York Times carried this headline (as the article appeared in the hard copy version of the newspaper; online sources differ):

In Its Heyday, Sears Spread the Wealth. Companies Today Don't.

This article is worth reading. It makes the point that Sears (and other corporations) used to "share the wealth," making certain that their workers participated in the company's prosperity and success. According to the article, "Half a century ago, a typical Sears salesman could walk out of the store at retirement with a nest egg worth well over a million in today’s dollars, feathered with company stock." As the article pointedly notes, "A warehouse worker hired now at Amazon who stays until retirement would leave with a fraction of that."

Just in case this might have escaped our notice, it happens to be true that we can MAKE corporations share. We do not, actually, have to wait around for spontaneous benevolence. Corporations are legal persons created by government, operating under rules that the government establishes. We can, through the political process, impose requirements that we determine are appropriate. Not so long ago, I referenced a plan being advanced by the Labour Party in Great Britain that is intended to give the workers who produce the wealth some claim to a share of the ownership in the organizations that make it all happen. This is just one example of the general principle.