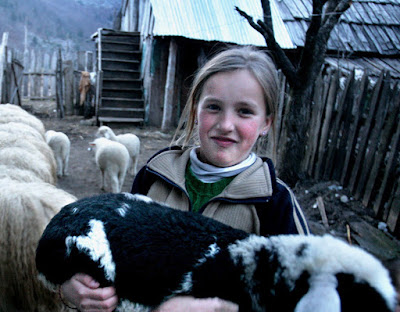 People like Bill Gates, Mark Zuckerberg, and Betsy DeVos, our current Secretary of Education, are all in favor of letting children immerse themselves in individual work on computers, as a way to help them learn. DeVos calls personalized learing "one of the most promising developments in K-12 education."

The phrase in Tampio's article that first drew my attention, as I scanned through it quickly, was his statement that "our bodies know things we can’t articulate." We "learn" with our bodies, in other words, not just with our minds. This has definitely been my personal experience. Tampio makes a good case for an educational system that is based on a whole body involvement in learning activities.

As I read further in Tampio's article, though, I ended up thinking that a profound philosophical issue is involved in this debate about the value of "personalized learning," and that the political implications are enormous. As part of his argument, Tampio cites to French Philosopher Merleau-Ponty:

To better understand why so many people embrace screen learning, we can turn to a classic of 20th-century French philosophy: Maurice Merleau-Ponty’s Phenomenology of Perception (1945).

According to Merleau-Ponty, European philosophy has long prioritised ‘seeing’ over ‘doing’ as a path to understanding. Plato, René Descartes, John Locke, David Hume, Immanuel Kant: each, in different ways, posits a gap between the mind and the world, the subject and the object, the thinking self and physical things. Philosophers take for granted that the mind sees things from a distance. When Descartes announced ‘I think therefore I am’, he was positing a fundamental gulf between the thinking self and the physical body. Despite the novelty of digital media, Merleau-Ponty would contend that Western thought has long assumed that the mind, not the body, is the site of thinking and learning.

According to Merleau-Ponty, however, "consciousness is originally not an 'I think that,' but rather an 'I can.'" In other words, human thinking emerges out of lived experience, and what we can do with our bodies profoundly shapes what philosophers think or scientists discover. "The entire universe of science is constructed upon the lived world," he wrote. Phenomenology of Perception aimed to help readers better appreciate the connection between the lived world and consciousness.


The "Mind-Body Problem" is fascinating, and it's an ancient one, but here is what got me thinking about politics, as I read the discussion I excerpted above. The statement by Merleau-Ponty that "consciousness is not an "I think that" activity, but an "I can" activity, correlates with the fact that we can see ourselves either as "observers" or as "actors." So often, we observe, think about, and analyze the [political] world in which we most immediately live, but forget that we are not only "observers" of that world, but that we, in fact, "create" the realities which define it.

The kind of whole-body learning that Tampio is urging is really the only kind of education that is consistent with democracy, a political system that is based on the claim that we have the power to, and do, create the world in which we live.

So, there is an important political  issue involved in this "personalized learning" debate. Do we want to educate our children to see themselves as "observers" and "subjects," or do we want them to learn of their creative power to change the realities they find around them? A desire to teach our kids the power of democracy, instead of telling them that they are subject to authority, is a good reason not to let our kids "learn" by getting their lessons from "personalized" sessions with a computer.

Out and about in the real, physical world. That's where we find out who we really are.