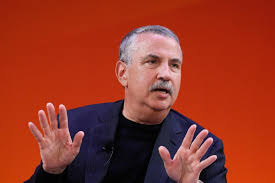 If you look at all the destructive extreme weather buffeting the world this summer alone, it’s as if Mother Nature were saying to us: “Oh, you didn’t notice me tapping on your shoulder these past few years? O.K. Well, how about a little fire, Scarecrow? How about this:

“How about I bake Europe, set the biggest wildfire California has ever seen and more active wildfires — 460 in one day — than British Columbia has ever seen, and also start the worst forest fires in decades in Sweden, even extending north of the Arctic Circle where temperatures this month reached 86 degrees. Meanwhile, I’ll subject Japan to the heaviest rainfall it’s ever recorded, and then a couple weeks later the highest temperature it’s ever recorded — 106 degrees in Kumagaya, northwest of Tokyo. And for a punctuation mark, I’ll break the heat record in Death Valley, reaching 127 degrees, and burn the worst drought in living memory into Eastern Australia, where the BBC last week quoted a dairy farmer as saying, “It’s gotten to the point where it’s cheaper to shoot your cows than it is to feed them.”

Thomas L. Friedman is a columnist for The New York Times. He is pictured above. Right under his portrait is an excerpt from his August 15, 2018 column, "What if Mother Nature Is on the Ballot in 2020?"

Friedman suggests that Democratic Party candidates, in 2020, should be running on a "stop global warming" platform. It's good politics, he suggests.

Maybe it is (I'd like to hope so), but I have a comment. The dangers of global warming are real. See my blog post from yesterday. Friedman's list of the current evidence is compelling (and not all-inclusive). What is hanging in the balance is not whether or not the Democrats can "take the House back," which is the issue on which Friedman is focused. What is hanging in the balance is the survival, or not, of human civilization.

Not just a political tactic!