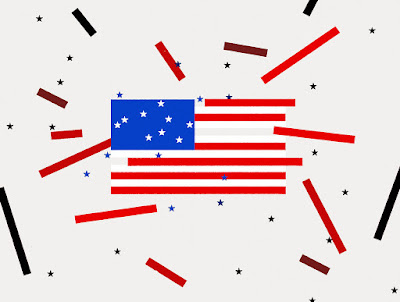 We are running into a problem, Houston!

The New York Times publishes "The Interpreter Newsletter," written by columnists Amanda Taub and Max Fisher. The Newsletter is distributed by email. Click this link to sign up. In a recent edition, the Newsletter made some important observations about American democracy:

American democracy is built, in large part, on an assumption ... that the three branches of government would jealously guard their power and co-equal status. It’s a reasonable thing to assume. People — particularly politicians and judges — like having power and status and generally aren’t keen to give them up. Human nature, the founders reasoned, would naturally lead the branches to check and balance one another, as much out of self-interested competition as constitutional duty.

As the Newsletter notes, “that assumption is looking a bit shaky these days.” It asks, “What happens if that foundational democratic assumption in the separation of powers collapses? What would American democracy become?” The answer, according to the Newsletter, is delegative democracy:

“Delegative democracy is an old concept in political science,” Amy Erica Smith, an Iowa State political scientist, told us. It emerged after a series of Latin American dictatorships transitioned to democracies in the 1980s — but to a sort that seemed less than fully democratic.

“There was this collective head-scratching over what sort of democracy we have in Latin America,” said Dr. Smith, who studies the region. “We had free and fair elections that met the minimum criteria for democracy. But they didn’t look exactly like what we think democracies are supposed to be.”

The key difference, the experts decided, was separation of powers. It existed on paper in Latin America democracies, most of whose constitutions were modeled on that of the United States. But, in practice, the courts and the Congresses did what they were told. They delegated their power to the president — hence, delegative democracies.

These countries, for the most part, were still democracies. But they didn’t function all that well. They had what’s called “vertical accountability” — leaders had to answer to voters, who could kick them out of office — but not “horizontal accountability” from other branches of government.

That tends to degrade governance. There’s little to keep the president from putting her interests first. Corruption and abuses of power become more common. Apolitical agencies get politicized, hurting their ability to function. The president’s support base tends to get preferential treatment; those not in her support base can face discrimination or worse.

The Newsletter also denominates this phenomenon as the "presidentialization" of political power. We are definitely running into a possible problem here, and the essence of the problem is that a system that was supposed to keep our government responsive to voters organized on a local basis, through the 435 different Congressional districts spread throughout the fifty states, has become ever more "national," and the "national" elected official who is most prominent is, of course, the president.

The way to make sure we don't end up with some kind of "delegative democracy" is by making sure that our elected representatives in Congress actually represent their local constituents, i.e., the people who live in their districts.

Our system of representative democracy is intended to make representatives respond to their local constituents, but it has become ever more "nationalized," and that kind of "nationalized" Congress is ever less willing to check presidential power, which also operates at the national level. More and more, our Congressional elections are presented as "national" contests. We read in our local newspapers about Congressional elections taking place in far-flung states we know very little about, and we get funding appeals from those running for Congress in those states, in places we may never have even visited.

Not to deny that every Member of Congress will vote on issues that will affect everyone in the country; that is certainly true. But our system is built on the idea that local people will be able to "terrorize" their local elected representatives, and make those representatives accountable to their local constituents (and not to some national political party).

We have a problem, and it's not just in Houston. It's everywhere.

Delegative democracy? I think that's an oxymoron. If we want the kind of democracy that our Constitution contemplates, we can't delegate our control over our own elected Congressional representatives to anyone - not to a national political party, and certainly not to the president!