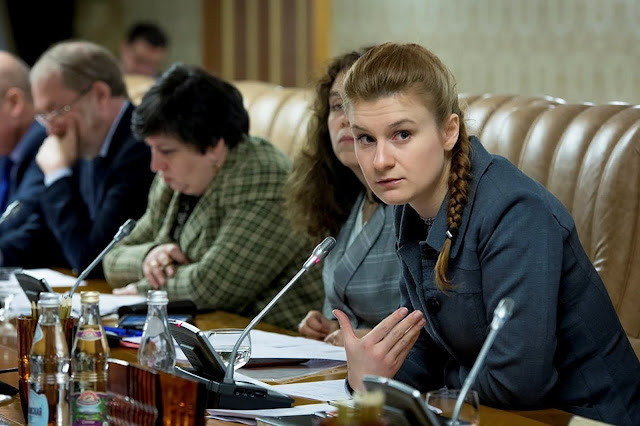 That is Maria Butina peeking in from the right. She is, for those not following the national news, a Russian. She has been accused of being a Russian spy, as well as a woman willing to use sex to advance her nefarious plans. She also has a close relationship with the National Rifle Association.

Butina is now being held in a jail in the United States. She says she was just a student (she recently got a Masters from American University) who happens to like guns a lot. To get an idea about the gun thing, consult the picture at the bottom, or click this link. Fact is, a picture of Butina with a gun also figures prominently in the article to which I link in the very first line of this blog posting. Click that link, too, to solidify your understanding that Butina really does like guns.

I actually don't want to talk about Butina all that much. The references to her are really a digression, and have very little to do with the point I want to make. I just couldn't pass up an opportunity to feature a sexy, gun-loving, religious, Russian redhead in one of my daily commentaries, which are usually so abstract, theoretical, and/or pedestrian.

Enough about Butina! (But click this link for even more - and note the gun!).

Here is my caution. I think it is important for ordinary Americans not to fool themselves into thinking that the best way to access political power is to find some way (sex might do it!) to cozy up to the kind of people who attend events like the National Prayer Breakfast. Going after power that way, in fact, is definitely trying to access power through the backdoor.

In our nation, power ultimately resides with the people. That means you and me. The best way to access that power is to remember, first, that you have it yourself, and then, second, to organize with others to mobilize and use your own power to advance the causes in which you believe.

That is how to get to power through the front door. 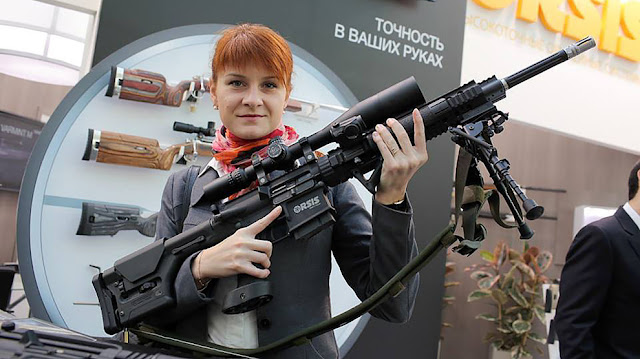