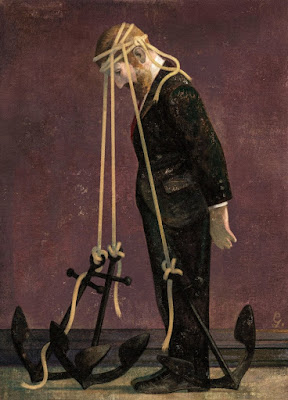 A recent edition of Aeon, the online magazine, carried an article entitled, "You don't have a right to believe whatever you want to." "Beliefs," the article asserts, are inherently "factive." Thus:

There is an ethic of believing, of acquiring, sustaining, and relinquishing beliefs – and that ethic both generates and limits our right to believe. If some beliefs are false, or morally repugnant, or irresponsible, some beliefs are also dangerous. And to those, we have no right.

I am tempted to applaud the idea that those who have beliefs contrary to my own should be held to a standard that puts "truth" at the center. I am certainly willing to be bound by such a standard myself! I am positive that MY beliefs are based on "fact," and hence I have founded my view of the world on "truth." Those who deny the phenomenon of global warming, for instance, or who insist that building lots of market rate housing will result in more affordable housing, really shouldn't go around spouting such nonesense, since the facts are so clear, and the people who say those things are so wrong.

Aren't we all in agreement that "you don't have a right to believe whatever you want to (if what you believe is just not true)?"

Well, there is some ground for disagreement! For one thing, how can you make someone "not believe" what they believe? And what gives me, or anyone else, the right to tell someone that he or she has to believe what I know to be the truth?

Elizabeth Kolbert, writing in the February 27, 2017, edition of The New Yorker, explained "Why Facts Don't Change Our Minds." It's an article worth reading, and I think it bears on the question of whether we have a "right" to believe anything we want to.

Kolbert's article tells us that what we "believe" is often, in fact, not derived from accurate information, so while beliefs should be "factive," they are not. Deciding that someone does not have a right to believe something that has been judged to be untrue, morally repugnant, or irresponsible ends up being a claim that those deemed to know the "truth" have the right to control others.

We have seen how that works!

It is irritating to have to deal with the very real social, political, and economic results of mintaining a society that lets people believe "whatever they want to," even when what they believe is without any factual basis.

I don't think, actually, there's any better way than the way we do it. People have a right to "believe whatever they want to." We let the truth, and the facts, speak for themselves! Over the long run, truth is, after all, the truth, and the facts are the facts. You have the "right" to be wrong, and to believe anything you want to, but truth bats last.