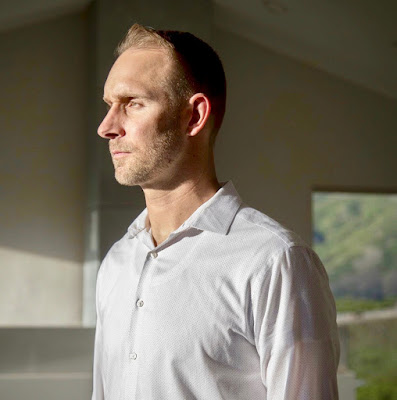 If you click the link on Meru's name, you can see his webpage. Click this link to read about the $1,000,000+ school loan debt that Meru accumulated in becoming an orthodontist.

We learn these details of Meru's personal finances from The Wall Street Journal, which published an extensive story about Meru in its May 25, 2018, edition. The article used Meru as a "case study," and it suggests that this massive debt isn't all that big a problem for Meru:

Mr. Meru [has] entered into a government-sponsored repayment plan based on income. He agreed to monthly payments at 10% of his discretionary income, defined as adjusted gross income minus 150% of the poverty level. Any balance remaining after 25 years is forgiven, effectively covered by taxpayers. The forgiven amount is then taxed as ordinary income ...

The government repayment plan affords the Meru family a comfortable life. Their home is on a mountain with panoramic views of the snow-capped peaks surrounding Salt Lake City. They take vacations, including a recent trip to Havana. He drives a used Tesla.


Massive debt, much of it student debt, may be a problem for the national economy, even if debtors like Meru seem to be doing fine. In an article referenced in one of my recent blog posts, "The Coming Collapse," Chris Hedges cites Nomi Prins, who is predicting that a massive financial collapse is coming our way:


Wall Street banks have been handed $16 trillion in bailouts and other subsidies by the Federal Reserve and Congress at nearly zero percent interest since the 2008 financial collapse. They have used this money, as well as the money saved through the huge tax cuts imposed last year, to buy back their own stock, raising the compensation and bonuses of their managers and thrusting the society deeper into untenable debt peonage. Sheldon Adelson’s casino operations alone got a $670 million tax break under the 2017 legislation. The ratio of CEO to worker pay now averages 339 to 1, with the highest gap approaching 5,000 to 1. This circular use of money to make and hoard money is what Karl Marx called “fictitious capital.” The steady increase in public debt, corporate debt, credit card debt and student loan debt will ultimately lead, as Nomi Prins writes, to “a tipping point—when money coming in to furnish that debt, or available to borrow, simply won’t cover the interest payments. Then debt bubbles will pop, beginning with higher yielding bonds.”

An economy reliant on debt for its growth causes our interest rate to jump to 28 percent when we are late on a credit card payment. It is why our wages are stagnant or have declined in real terms—if we earned a sustainable income we would not have to borrow money to survive. It is why a university education, houses, medical bills and utilities cost so much. The system is designed so we can never free ourselves from debt.

However, the next financial crash, as Prins points out in her book, Collusion: How Central Bankers Rigged the World, won’t be like the last one. This is because, as she says, “there is no Plan B.” Interest rates can’t go any lower. There has been no growth in the real economy. The next time, there will be no way out. Once the economy crashes and the rage across the country explodes into a firestorm, the political freaks will appear, ones that will make Trump look sagacious and benign.


Chris Hedges is politically left-wing. He is predicting a massive social breakdown, based on the collapse of an economy based on unsustainable debt.

Porter Stansberry is the opposite of Hedges. He is politically right-wing, but he, too, is predicting a total economic and social breakdown, based on the fact that our economy is now laboring under unsustainable debt.

Stansberry, who is a financial advisor, has written an entire book documenting his predictions (and providing advice about what to do to protect yourself). Stansberry's book is called The American Jubilee: A National Nightmare Is Closer Than You Think. Among the items of Stansberry's sage advice is that you should stock up on guns and ammunition, invest in silver and gold, and buy yourself a place to which you can flee when everything comes crashing down. He, personally, suggests Switzerland. 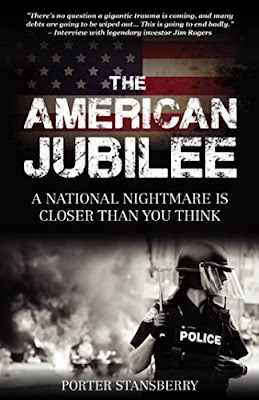 I have already endorsed Hedges' suggestion about how to prepare for the coming collapse. It does not involve buying guns and ammunition. Instead, it involves preparing ourselves to act, together, to restore genuine self-government as our current government self-destructs. I missed the Great Depression, but my parents didn't, and I heard a lot about it. It is generally thought that "Roosevelt and his New Deal saved the country from socialism."

Next time, let's be ready to save ourselves!