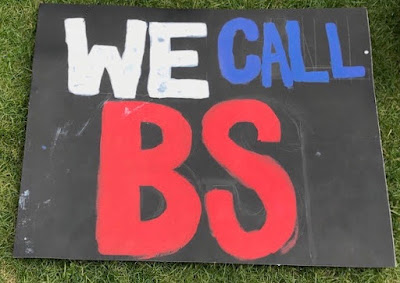 Abigail Shrier is a writer and a graduate of Yale Law school. She lives in Los Angeles, and she also "raise[s] little monkeys." That description is pretty much all she tells us about herself. There is no Wikipedia entry.


Shrier does not monkey around in her discussion of robot cars, published in the Tuesday, March 7, 2018, edition of The Wall Street Journal. She is not really a fan.

If you are thinking that self-driving cars are probably a good thing, check out her article before you put yourself on the waiting list. Here is just a sample of what Shrier suggests may be coming:

Perhaps we shouldn’t worry about hacking—the possibility that a malevolent programmer could send 100 cars vaulting over the rails of the Chesapeake Bay Bridge or colliding at high speeds on the Schuylkill Expressway. Or that stickers on stop signs can confuse robotic vehicles, which mistake them for speed-limit signs and race on. Or that routine car washes can ruin their cameras. Or that two armed robbers—or even troublemakers—might one day step in front of your driverless car, which will stop politely and effectively trap you on the road.

I particularly like that last one. It seems so true to life!

In essence, Shrier's article is about "progress." Or, "so-called" progress. The last line of her article in The Wall Street Journal, commenting on the death of Elaine Herzberg, 49, who was struck down by a self-driving car under the corporate control of Uber, summarizes her thinking:

Auto makers have decided to “use the public as guinea pigs,” with the cheering support of our elected representatives. Elaine Herzberg was never given the chance to opt out. And why should she have been? In this brave new world, our lives exist to improve technology. Our deaths are simply the price of progress.

There is quite a bit of truth in Shrier's observation that our lives, these days, seem to exist "to improve technology." But the technology we are "improving" is, as Shrier notes, creating a less caring and friendly world: "The less we need one another, the less we interact, the less reason we will have to care or forgive or cut one another a break."

I got the picture at the top of this posting from one of the many stories on the #NeverAgain marches. I think I saw it on Facebook!

The picture sums my thought, when taken together with the headline on my posting: