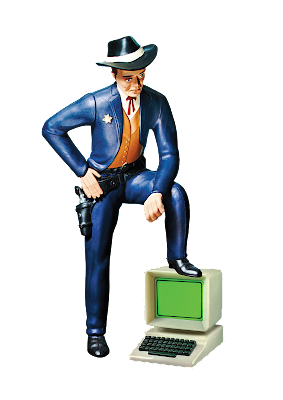 The New Yorker ran an article titled "Antisocial Media" in its March 19, 2018, issue. The article was written by Andrew Marantz, a contributing editor at the magazine, and was subtitled, "Reddit, free speech, and the struggle to detoxify the Internet."

The Marantz article is pretty interesting, and is well worth reading. Maybe I am particularly interested because I teach a course at the University of California, Santa Cruz on "Privacy, Technology, And Freedom." Articles about "detoxifying the Internet" are right up my alley.

Much of the article is devoted to an explanation of how Reddit works. Reddit is the fourth most visited place on the Internet (right after Google, YouTube, and Facebook), and is essentially an open-ended discussion forum. Everyone is (at least initially) welcome. "Subreddits" are specific conversations initiated by users, and they provide a place for an exchange of views on virtually any topic imaginable. Subreddits identified in the Marantz' article range from r/Marijuana-Enthusiasts to r/KKK.

Reddit is open to the public, but it is emphatically NOT a public facility. It is privately owned and operated, as are all of the most visited places on the Internet. I have written before about an effort, in Estonia, to create a "digital republic." As I understand it, Estonia is trying to grapple with the fact that we do live, more and more, in a "digital world," but unlike the "republics" we inhabit in the non-digital world that used to be the only version of reality we knew, there is no publicly-accountable political control over the Internet.

This is, in fact, one of the main points made in the Marantz article. The Internet may seem both "free" and "open," but it is actually under the control of a discrete group of individuals who wield unchecked power over what happens within that part of the digital world that is under their dominion:


Never again would I be able to read a lofty phrase about a social-media company’s shift in policy—“open and connected,” or “encouraging meaningful interactions”—without imagining a group of people sitting around a conference room, eating free snacks and making fallible decisions. Social networks, no matter how big they get or how familiar they seem, are not ineluctable forces but experimental technologies built by human beings. We can tell ourselves that these human beings aren’t gatekeepers, or that they have cleansed themselves of all bias and emotion, but this would have no relation to reality. “I have biases, like everyone else,” Huffman told me once. “I just work really hard to make sure that they don’t prevent me from doing what’s right.”

In such a private landscape, of course, there is no "right of free speech." The protections of the First Amendment apply to any governmental action that would censor or prohibit the free expression of one's views. These guarantees don't apply to private parties.

Newspaper owners are not required to print every letter to the editor they receive. They get to pick and choose. Similarly, there is nothing in the constitution that prevents Reddit, or Facebook, or Google, or any other Internet site from censoring the discussion that takes place in the digital arenas under their control. No one has a "right" to access these web arenas in the first placer, and there is no "right" to be able to discuss any topic that a person might wish.

So, can we guarantee free speech on Facebook (or on Reddit, or on any other site on the Internet)?