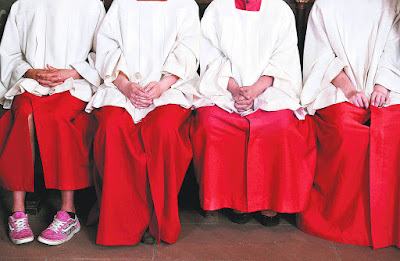 A new book by Patrick J. Deneen, Why Liberalism Failed, is described below by its publisher, Yale University Press:


Of the three dominant ideologies of the twentieth century—fascism, communism, and liberalism—only the last remains. This has created a peculiar situation in which liberalism’s proponents tend to forget that it is an ideology and not the natural end-state of human political evolution. As Patrick Deneen argues in this provocative book, liberalism is built on a foundation of contradictions: it trumpets equal rights while fostering incomparable material inequality; its legitimacy rests on consent, yet it discourages civic commitments in favor of privatism; and in its pursuit of individual autonomy, it has given rise to the most far-reaching, comprehensive state system in human history. Here, Deneen offers an astringent warning that the centripetal forces now at work on our political culture are not superficial flaws but inherent features of a system whose success is generating its own failure.

Tod Lindberg has reviewed the book for The Wall Street Journal, and I don't think he would disagree with what the Yale University Press has to say. Lindberg's review, as I read it, seems to say that the "liberalism" that Deneen discusses, and that Deneen proclaims a failure, is really what I would call "individualism." Specifically, Lindberg says this:

[Deneen] sees evidence of liberalism’s failure in the 2008 financial crisis; the new extremes in economic inequality; the reckoning due human beings from climate change; and the collapse of public confidence in self-government. All result, he says, from the rampant unchaining of human appetite as a matter of individual right. Liberalism fails, Mr. Deneen says, because “at the end of the path of liberation lies enslavement. Such liberation from all obstacles is finally illusory, for two simple reasons: human appetite is insatiable and the world is limited.”

Having spent twenty years as a public official combatting the idea that unconstrained "growth" is good (because, in fact, "human appetite is insatiable and the world is limited"), I am in agreement with this insight.

The New York Times has also commented on Why Liberalism Failed. Ross Douthat has this to say for The Times:

Deneen comes as a Jeremiah to announce that Tocqueville’s fear that liberalism would eventually dissolve all these inheritances, leaving only a selfish individualism and soft bureaucratic despotism locked in a strange embrace, may now fully be upon us. Where it once delivered equality, liberalism now offers plutocracy; instead of liberty, appetitiveness regulated by a surveillance state; instead of true intellectual and religious freedom, growing conformity and mediocrity. It has reduced rich cultures to consumer products, smashed social and familial relations, and left us all the isolated and mutually suspicious inhabitants of an “anticulture” from which many genuine human goods have fled.

Again, I can't think of anything to object to in what Douthat says about Deneen's book. Thus, I conclude that I would probably like the book (and maybe I ought to order myself up a copy and find out for sure). Still, I am rankled by the title. Using the word, "liberalism," it seems to me, needlessly conjures up those "liberal" vs. "conservative" debates that have been the way political discussions have been organized through most of my life. Those rather "fruitless" debates, let me say!

I, personally, don't believe that the three dominant political ideologies of the twentieth century were fascism, communism, and "liberalism." I think that third ideology is "democracy." And democracy has not failed. At least, not to my mind!

What has failed is an effort to build a political, social, and economic system on the idea that every individual should be encouraged do whatever he or she thinks will provide that individual with the greatest individual benefit. I call that "individualism," not "liberalism," and by whatever name, that idea has failed.

We are not only individuals; we live together in a world that we create through our common action. I tend to call a system that recognizes that truth, "democracy," and as the shadows of centralized, authoritarian power extend, it is our only hope.