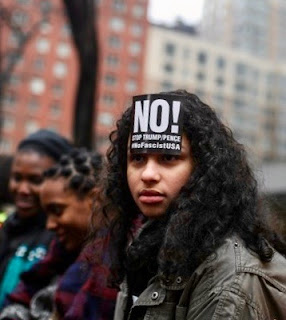 David Brooks titled his January 2, 2018, column in The New York Times, "The Retreat To Tribalism." His thesis is that the United States has gone "from an identity politics that emphasized our common humanity ... to an identity politics that emphasizes having a common enemy." In other words, it seems to be true, according to Brooks, that the groups with which we identify are increasingly defined by what the group is against, rather than by what the group is for.

Undoubtedly, there is truth in what Brooks says, though I believe the reality of our social, political, and economic situation is more complex than what the quoted statement might suggest. What attracted me to Brooks' column was not so much its message, but the metaphor he used, in talking about social cohesion and social breakdown.

Brooks employed the metaphor of "centrifugal force," versus "centripetal force," as a way of analyzing the state of our society. I do think it's useful to take account of these contrary forces in considering the world around us, and our own place within it. Are things bringing us together, or driving us apart? And what are we doing?

My contention, often expressed in this blog, is that, "we are in this together." That is true whether we like it or not, so we might as well like it. The ultimate reality of our human existence is that we depend upon each other, and as Martin Luther King, Jr. so accurately told us:

As we evaluate and critique others and ourselves, as we participate in actions of various kinds, it would be wise to think of Brooks' contrary forces. Are we helping to create a centripetal force that can bind us in a common enterprise, or are we pulling the world apart?

Martin Luther King, Jr., who can never be charged with any inclination to accept the unacceptable, has wise advice. Advocacy and action do not need to be centrifugal in either intention or effect!