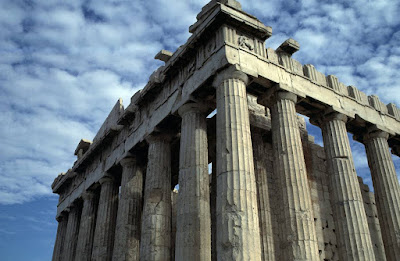 I am known to rely on book reviews as a place to uncover various ideas that strike me as important or useful (and yet I never read the books themselves). This is not the best practice, I know, but it works for me.

Most recently, I found some helpful observations in Barton Swaim's review of a couple of books about democracy. Swaim's review was published in the November 25-26 edition of The Wall Street Journal under the title, "Trusting the People to Make Mistakes." That is the hard copy version of the title. When you click the link, you'll see something else at the top, but the text is just the same as the version delivered to my doorstep.

Swain focuses his review on the relationship between "liberalism" and "democracy," and suggests, citing to Josiah Ober's book, Demopolis: Democracy Before liberalism in Theory and Practice, that we disassociate these two terms. I am all for that!

Ober says that democratic government depends on "civic dignity," which "requires citizens to be engaged in the effort of fashioning a shared existence." That is what I call creating the "human world," the world we most immediately inhabit. I am with Ober in saying that this requires civic engagement. My phrasing is generally along these lines: "We can't have self-government unless we get involved with government ourselves."

Among other things, Ober says that civic dignity implies that the people, as they work to govern themselves, must be free to make mistakes. The fact that they do make mistakes is not a reason to invalidate our commitment to democracy, or to suggest (along with Plato and other philosophers of perfection) that only the "elites" are fit to rule.

What is the timely message in Ober's scholarly analysis?

The people made a mistake, in our last presidential election. A BIG mistake. However, democracy will survive. Let's not be suckered into the idea that all Trump supporters are "deplorable," an idea based on elitist liberalism. We're all in this together. That's another one of my favorite observations!