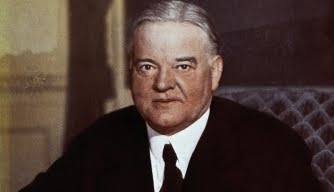 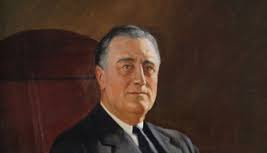 A  book review by Nicholas Lemann appeared in the October 23, 2017, edition of The New Yorker magazine. It was entitled "Manager-In-Chief." At least, that was the title in the hard-copy edition. Online, the article was titled, "Hating On Herbert Hoover."

Lemann's review in The New Yorker discussed two different books, The Rise and Fall of American Growth, by Robert Gordon, and Hoover: An Extraordinary Life in Extraordinary Times, by Kenneth Whyte. Of course, after recounting the prodigious personal and managerial accomplishments of Herbert Hoover, as outlined in these two books, Lemann was compelled to compare Hoover to his successor, Franklin D. Roosevelt:

It turns out that managerial excellence doesn’t assure Presidential success in this country—though we’re still tempted by the thought that it might. If you asked people, in the abstract, whether they’d rather have a President who was a superbly charming professional politician or one who had come from nothing, built a successful business, and accomplished astonishing feats of altruism, they would probably choose the latter. We think that we don’t need politicians; we even think that we’d be better off without them. The truth is that in a democracy, especially during a national emergency, they’re the only people who can get things done.


Hoover was very reluctant to create a federal government that would assume direct responsibility for individuals. Roosevelt was not. While I have always been in the Roosevelt camp, and a member of the "Roosevelt Party," I am now wondering whether the antidote to our current problems doesn't require a return of political action "to the States, or to the people."

That is language from the Tenth Amendment to the Constitution, the last listed Amendment in our Bill of Rights. A federal government unwilling to act in the face of a giant economic dislocation lost the confidence of the people in 1930. But today, the federal government has assumed responsibility to run everything, and we have just elected as president someone who is the very opposite of both Hoover and Roosevelt. Our current president has no apparent managerial talents and no sympathetic identification with the people whom he represents.

The Joe Simitian "tour" of areas in North Carolina, Pennsylvania, and Michigan - areas that "flipped" from Obama to Trump in the 2016 presidential election - indicated to him that the voters who made that "flip" were tired of a federal government that has assumed a gigantic role in the society and economy, but hasn't helped them at all.