#283 / Biblical Exegesis And The Weather Report 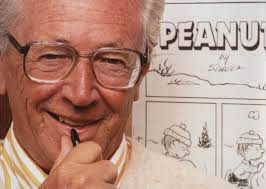 Charles Schulz, creator of the fabulous "Peanuts" comic strip, is pictured above. Schulz slipped Biblical references into his cartoons, from time to time, and several books have explored this dimension of his work. Two of the best known are: The Gospel According to Peanuts, and The Bible According to Peanuts.

The following cartoon, which appeared in my Sunday newspaper on October 8, 2017, has Lucy citing to Isaiah 6, as she (once again) pulls away that football that Charlie Brown is (once again) trying to kick. 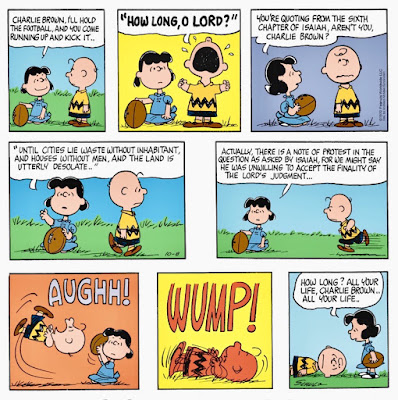 I am giving you the text of Isaiah 6, below, so you can form your own opinion on whether or not the prophet is really "protesting" the judgment that God has had him articulate. The prophet's plaintive question, "How Long, O Lord?" can, I suppose, be read as an implicit objection to God's plan, as Schulz has Lucy suggest:

A Vision of God in the Temple

“Holy, holy, holy is the Lord of hosts;
the whole earth is full of his glory.”

4 And the foundations of the thresholds shook at the voice of him who called, and the house was filled with smoke. 5 And I said: “Woe is me! For I am lost; for I am a man of unclean lips, and I dwell in the midst of a people of unclean lips; for my eyes have seen the King, the Lord of hosts!”

6 Then flew one of the seraphim to me, having in his hand a burning coal which he had taken with tongs from the altar. 7 And he touched my mouth, and said: “Behold, this has touched your lips; your guilt is taken away, and your sin forgiven.” 8 And I heard the voice of the Lord saying, “Whom shall I send, and who will go for us?” Then I said, “Here am I! Send me.” 9 And he said, “Go, and say to this people:

“Until cities lie waste
without inhabitant,
and houses without men,
and the land is utterly desolate,
12 and the Lord removes men far away,
and the forsaken places are many in the midst of the land.
13 And though a tenth remain in it,
it will be burned again,
like a terebinth or an oak,
whose stump remains standing
when it is felled.”
The holy seed is its stump.

My own reading of Isaiah 6 has always focused more on the penalties to be imposed on a recalcitrant humanity than on any protest of those penalties by the prophet, if such a protest is, in fact, actually being made.

Schulz' cartoon has the person afflicted by the prophesied penalties (Charlie Brown) raise the protest cry, "How Long?" In the Bible, though, it is the prophet who asks the question. That would be Lucy in the cartoon rendering, and she gives the same answer to Charlie Brown's question that God gives to Isaiah: We will suffer these penalties and scourges our entire lives, until we repent and change our behavior. (Charlie Brown has to give up his idea of human triumph and dominance, and he just has to stop trying to kick that ball).

Assuming that the World of Nature is sacred, a world that we did not create ourselves, and that demands our allegiance and our worship, then Isaiah 6 suggests that God is trying to tell us that all our human works within that world will be laid to waste, until we change our ways.

To me, Isaiah 6 looks a lot like a weather report, in our era of global warming.

There will be more on the way. Nate, in fact, is already here. 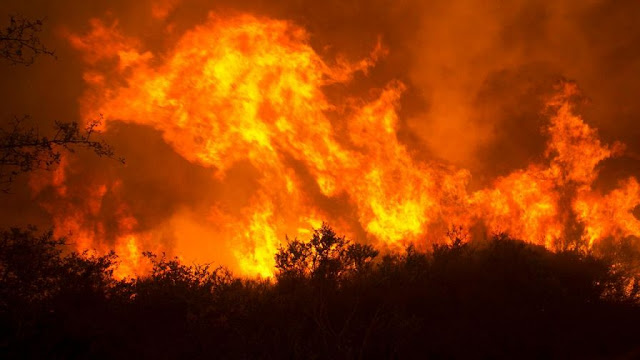