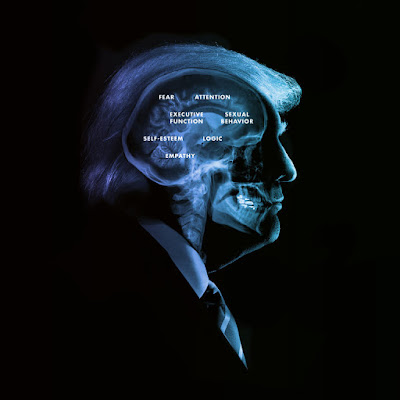 On August 29, 2017, The New York Times ran an Op-Ed by Peter D. Kramer and Sally L. Satel. Kramer is an emeritus professor of psychiatry at Brown. Satel is a psychiatrist and resident scholar at the American Enterprise Institute.

These psychiatrists addressed the following question: "Who Decides Whether Trump Is Unfit to Govern?" Kramer and Satel concluded that "the medical profession and democracy would be ill served if a political determination at this level were ever disguised as clinical judgment."

On August 31, 2017, reader Ken Lefkowitz fired back a response. His letter to the newspaper strongly disagreed with Kramer and Satel:

May I respectfully disagree with the esteemed psychiatrists, whose position is that politicians and not mental health professionals should decide on President Trump’s fitness for office. They write that “many experts believe that Mr. Trump has a narcissistic personality disorder.” These experts are concerned about his mental and emotional instability.

People with this disorder distort reality to meet their extreme ego needs, rendering them blind to other views and facts but their own. Mr. Trump is capable of any belief or action that feeds his extreme narcissism, no matter how absurd. His actions are driven by his obsession to gain the praise and adoration of others.

This inability to understand reality and the truth, which we have clearly seen in Mr. Trump, renders him incapable of evaluating situations and making informed, appropriate decisions. It is time the mental health community step up and join, if not lead, [sic.] the effort to remove our president from office.

Let me weigh in on this timely topic, made even more timely by the fact that our president is clearly trying to match craziness with the Supreme Leader of the Democratic Republic of North Korea. If we truly believe in "self-government," and a government "of, by, and for the people," then "the people" must be in charge of deciding who is competent to be president.

Expert opinion can be solicited and employed as the people make decisions, but decisions about who should run our government, and what our government should do, are not susceptible to delegation to experts. "We, the people," need to decide.

We have set up political mechanisms to make the political decisions that determine who is in charge, and how the government will operate.

I conclude that we should stop looking for someone other than ourselves to save us. "We, the people," is not a fictional entity. It's a genuine political reality. I am voting for Kramer and Satel, on the question, "Who Decides?"

We decide! That's what "self-government" means. I think we made a bad decision last November. If we want to reverse that decision now (which would be a good thing to do, in my opinion), we'd better start making our political system work, instead of hoping for some expert to come in and solve our problem for us.