Jeffrey C. Issac teaches political theory in the Department of Political Science at Indiana University, Bloomington. Issac has recently been presented with the 2017 Frank J. Goodnow Award by the American Political Science Association, recognizing him for his distinguished service to the profession, and for his service to the APSA. There is a pretty picture of the award, below.

I came across Issac because of my interest in Hannah Arendt. A lot of Issac's work has been inspired by Arendt, specifically including his 1998 book, published by Cornell University Press, Democracy In Dark Times.

That title seemed to "speak to my condition," as the Quakers like to say. Or, maybe, speak to "our" condition would be a more accurate way to put it. At any rate, once I heard about the book, I hastened to buy it, and I can now recommend it to you! Here is how Issac begins his book (on pages 10-11), pointing out that democracy does face "dark times."

Since the end of the nineteenth century the principal vehicle of democratic aspirations in the modern world has been the liberal democratic system of representative government, with its electoral institutions, its mass party organizations, and its parliamentary conventions. The forms of "totalitarian" or "populistic democracy" that sought to defeat it in the twentieth century, whether Communist or fascist, have now been thoroughly vanquished .... But liberal democracy has ... proven itself to be a deeply flawed and increasingly illegitimate form of public authority.


Our most recent presidential election can certainly be understood as reflecting a public judgment that "liberal democracy," well represented by Hillary Clinton, is facing a very difficult and problematic existence. The election of Donald J. Trump (even though he didn't get a majority of all the votes cast) indicates a widespread willingness to search for something different from "liberal democracy."

Issac finds "liberal democracy," in its most recent form, to be "distinguished less by the empowerment of ordinary citizens than by a certain accountability of public officials (page 31)." That, I think he indicates, is really not enough to sustain the rather significant personal and civic commitments needed to make self-government work.

While Issac doesn't use this phrase, he comes down, in the end, in favor of a democracy that begins not with some grand design, but with small-scale, community-based efforts that will "create some protective spaces of light and warmth where the damage may be contained (page 202)." In other words, don't let despair about the larger-scale failures of democracy at a national level lead you to the conclusion that there is nothing we can do. When we act together, in the communities where we live, we will be able to transform our democratic participation into "oases of freedom."

That phrase is from Arendt. Issac suggests that we not discount the wisdom of her advice. I'm with him! 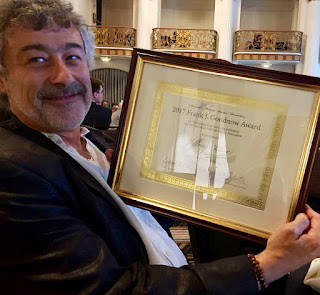