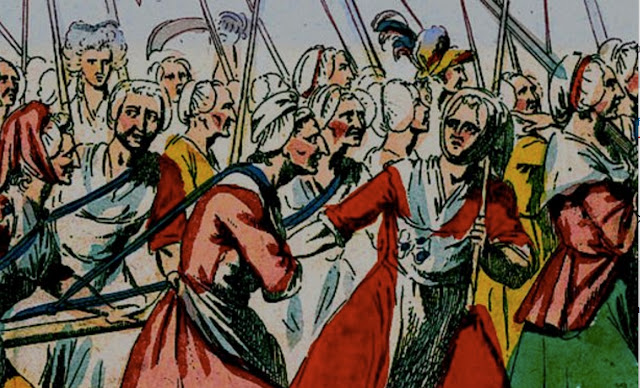 Micah White is credited with having co-created Occupy Wall Street, a global social movement that began on September 17, 2011, in Zuccotti Park in New York City. Ultimately, the Occupy movement spread to eighty-two countries. At the time White helped kick off the Occupy movement, he was an editor of Adbusters magazine. He considers himself an activist.

I recently read an interview with White that appeared in the Los Angeles Review of Books. Click this link for the entire text of the interview, which was conducted by Justin Campbell, and which is dated March 2017.

Click this link for Campbell's initial interview of White, which took place in September 2015.

In the most recent interview, White talked about sovereignty:

The issue of sovereignty is the most important question that activists need to be thinking about right now. And to have that conversation, we have to of go back and trace where the idea of sovereignty comes from. When you go back, you find that the notion of sovereignty that American activism is using, which happens to be the same notion that most democracies use as well, actually, are ideas that were inherited from the work of Rousseau, the 18th-century Swiss-born French philosopher. Rousseau argued that the sovereign wasn’t the king; rather, the sovereign for Rousseau was this kind of mystical force that emerges when large numbers of a population that are representative of that city or state get together and then decide on things together. When they exert their general will together, that’s how you manifest sovereignty.

His whole theory was that governments are just when the people making the decisions are both numerous and representative of the population. What’s happened is that, over time, we’ve had a collapse of the kind of sovereignty Rousseau wrote about, such that now, sovereignty has become synonymous with the sovereign, with the president, with the king, and sovereignty has been concentrated into the hands of one single, absolute individual, like we saw with 20th-century dictators. It’s happened again now with Donald Trump and Putin and President of the Philippines Rodrigo Duterte, who kills drug users. That’s the crisis that we’re in; the concept of sovereignty that initially activated contemporary activism is dead! It’s gone. It doesn’t exist anymore. There are no large-scale assemblies of the people that can exert power over governments.[emphasis added]

The main point that White makes in this interview is that street demonstrations, and petition drives, and various other populist actions aimed at transmitting the sentiments of the public to those running the government are largely ineffectual in making political or governmental changes. These kind of actions, White believes, are incapable of reasserting democratic control over our runaway government.

What is needed, then? Here is what White says:

Hannah Arendt wrote a whole book about this approach. It's called On Revolution. To achieve democratic "self-government," ordinary men and women must, in fact, not in fiction, be involved in the institutions of government. Electoral victories, not big parades, and not street violence, will lead to the changes we need.

For those who would like to study Arendt's book, with an expert guide, you should know that if you join The Hannah Arendt Center you can participate in an online study group, led by Roger Berkowitz, the Founder and Academic Director of the Center. The group will be turning its attention to On Revolution, starting on September 8th.