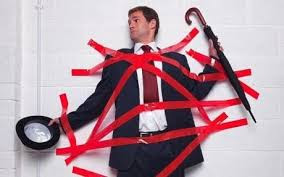 The New York Times ran a front-page story on July 12, 2017, documenting the "deep industry connections of Trump's deregulation teams." The Times' story began by noting that "President Trump entered office pledging to cut red tape, and within weeks, he ordered his administration to assemble teams to aggressively scale back government regulations."

The point of the article was that the regulatory cutbacks being conducted by these "teams" were taking place "out of public view and often by political appointees with deep industry ties and potential conflicts."

That doesn't sound good, of course (and it's not), but many people probably think that scaling back government regulations, and cutting the "red tape," is generally a good thing. My purpose today is to suggest that "deregulation" may not, in fact, be an automatically positive activity. Contrary to common understanding, "regulation" is an arena in which our democratic freedoms are directly achieved. I have translated this thought into shorthand by an Orwellian-sounding phrase upon which I have elaborated twice before, once in 2010 ("Regulation Is Freedom"), and once again in 2011 ("Regulation Is Freedom #2").

Because it has been almost six years since I have made this point in my blog, I thought it was worthwhile to make it again. What made me think it might be worthwhile to reiterate my point was a letter to the editor appearing in the July 12, 2017, edition of the San Jose Mercury News (on the same date, in other words, that the above-referenced article appeared in the New York Times).

Here's the letter that appeared in the Mercury News, from Morris Chassen, of San Jose:

Thick smog of the 60s could be coming back

At age 74, I remember living in Los Angeles in the 50’s and 60’s. I had a personal smog alert: Mom would say, “Don’t go outside it’s too smoggy.” There were times I couldn’t see to the end of the block and coughed when I went outside. Smog was an accepted way of life. When young and old started to die, people looked to the skies but couldn’t see the sun. Things are a lot better now but we still have a long way to go. I live in Almaden Valley, I can look toward downtown San Jose and think, they sure are smoggy over there. I drive downtown and look back toward Almaden Valley and think, they sure are smoggy over there. Smog control is not a liberal plot by a bunch of government bureaucrats. Go to YouTube and look at Los Angeles Smog in the 50’s and 60’s. That’s not what we want for our families.

If my suggestion that we "legislate" our human world has any validity, then our ability to write whatever law or rule we like means that regulation is, in fact, the realm of freedom, in which we discover our human ability to create a world of our own choosing.

Obviously, not every "regulation" is wonderful, and excessive and oppressive regulations can exist. However, the way that "deregulation" is often equated with an effort to increase "freedom" always rubs me the wrong way. A proper understanding of regulation will recognize that "regulation," in fact, is the arena in which our political freedom is made real. It is the place where, among other things, we can act, collectively, to counteract the bad effects that sometimes come from letting everyone do what they want, individually. To follow up on Mr. Chassen's point, see below: 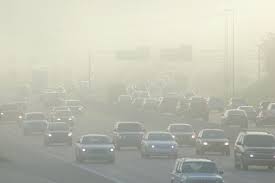