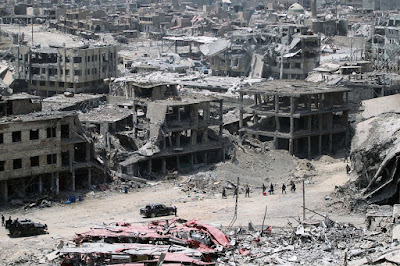 The pictures above appeared in an online article in The New York Times. The July 10, 2017, story discussed the "victory" of Iraq's armed forces, as the Iraq government took back the city of Mosul, Iraq, previously occupied by by the Islamic State, also called ISIS or ISIL. You remember them, right? They're the terrorists! The pictures shows what the non-terrorists do.

Below are pictures of Dresden, Germany; Nagasaki, Japan; and young children fleeing Ben Tre, Vietnam. The United States was directly responsible for the "victories" captured in those photos.

It was about Ben Tre that an unidentified American officer said, "it became necessary to destroy the town [in order] to save it."

Check out these images. This is what "victory" looks like, when you go to war: 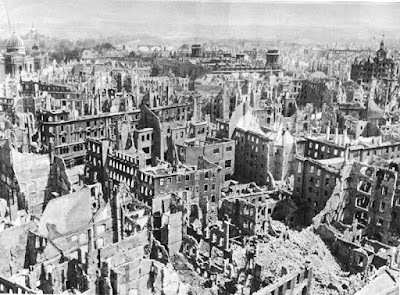 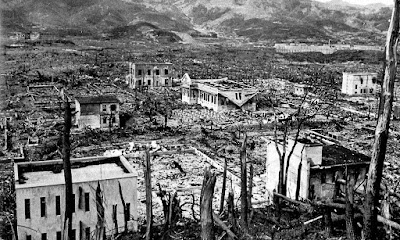 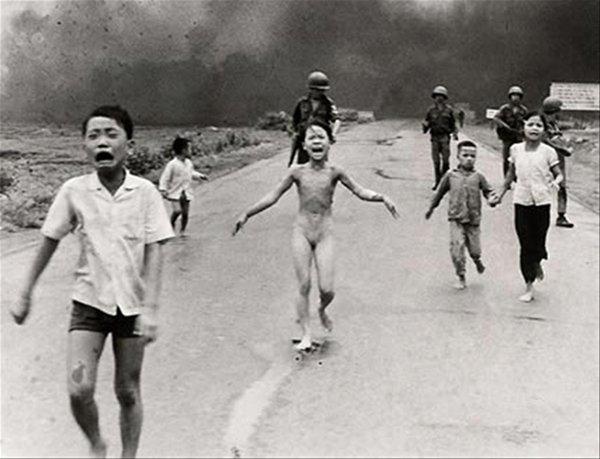