#195 / A Doomed And Uninhabitable Earth? 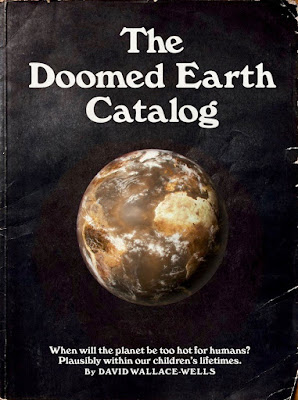 Here is a "pull quote" from "The Uninhabitable Earth." This article, by David Wallace-Wells, was published by the online magazine New York on July 9, 2017:

Famine, economic collapse, a sun that cooks us: What climate change could wreak — sooner than you think.

Unless you are a teenager, you probably read in your high-school textbooks that [the great] extinctions were the result of asteroids. In fact, all but the one that killed the dinosaurs were caused by climate change produced by greenhouse gas. The most notorious was 252 million years ago; it began when carbon warmed the planet by five degrees, accelerated when that warming triggered the release of methane in the Arctic, and ended with 97 percent of all life on Earth dead. We are currently adding carbon to the atmosphere at a considerably faster rate; by most estimates, at least ten times faster. The rate is accelerating.

Wallace-Wells' article is about as "doomsday" as it could get. The cover photo is above. The following photo accompanies the story. This second photo depicts a typical North American tourist who tried simply to walk around in the jungles of Costa Rica, where humidity routinely tops 90 percent.

According to the caption on the photo below, "simply moving around outside when it’s over 105 degrees Fahrenheit would be lethal. And the effect would be fast: Within a few hours, a human body would be cooked to death from both inside and out." 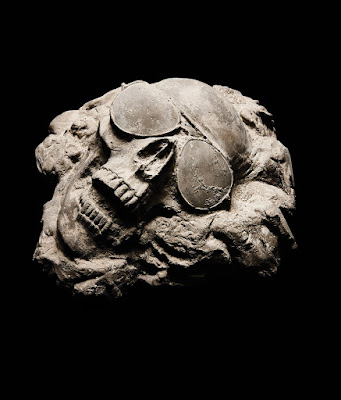 There was an extremely prompt reaction to the Wallace-Wells' article, and to his doomsday predictions. The Atlantic, Science, and Mother Jones all deployed significant commentaries by July 10th, one day after the Wallace-Wells article appeared.

Science stated that, "No, New York Mag: Climate change won't make the Earth uninhabitable by 2100." The Atlantic was less definitive, and ended up with a question about the article: "Is it realistic?" The Atlantic claimed that "many climate scientists and professional science communicators say no. Wallace-Wells’ article ... often flies beyond the realm of what researchers think is likely."

The title of the article that Mother Jones ran was, "Our Approach to Climate Change Isn’t Working. Let’s Try Something Else." The "something else" that Mother Jones suggests is to "pour massive amounts of public money into energy R&D and infrastructure buildout."

Here is my own thought. Whether or not things are as bad as Wallace-Wells depicts them, they are, without the shadow of a doubt, REALLY, REALLY BAD. We should all be energized to do something about it, "massive R&D investments included."

What most strikes me, though, is how much we are going to need to be able to support each other, and to work together, despite all those ethnic, gender, national, and geographic barriers that now seem so profoundly to divide us. In Game of Thrones, the popular television series, the threat that all of the various kingdoms and lands confront, the threat that will call them all to set their enmities aside, is the fact that "Winter is coming."

We confront a different season, but our dread must surely be similar.

We need now, more than anything, to find it within ourselves to be "humble and kind," as Tim McGraw advises in that powerful music video I featured in my blog posting yesterday.

Martin Luther King, Jr. put it this way: "We must learn to live together as brothers or perish together as fools."

Martin Luther King, Jr. got it right, and Wallace-Wells just spells out one version.