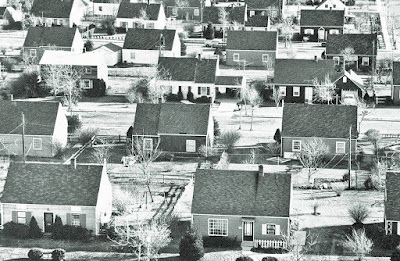 Peggy Noonan, The Wall Street Journal columnist (and former speechwriter for Ronald Reagan), is pretty clear that the so-called "American Dream" was NOT about "material things - houses, cars, a guarantee of future increase." She wrote about the "American Dream" topic in the most recent Saturday/Sunday edition of The Journal, in a column titled, "What's Become of the American Dream?"

For Noonan, "The American Dream is the belief, held by generation after generation since our beginning and reanimated over the decades by waves of immigrants, that here you can start from anywhere and become anything."

Noonan was born in Brooklyn, New York, and so was not, herself, an immigrant. Hannah Arendt, mentioned in my posting yesterday, was another person who thought about the "American Dream," and Arendt was an immigrant.

Arendt's dream, different from Noonan's, was phrased not as an individualistic dream of how any individual person could "start from anywhere and become anything." Arendt's "dream" was a dream that Americans (and most certainly including the immigrants who have, and do, and will "reanimate" our nation, as Noonan properly says), can jointly act to establish and renew a society that accomplishes the best aspirations of the nation as a whole.

We are "together in this," in other words. We live in a common world, a world created by our common (and therefore political) actions.

We will never have "good dreams" if we dream alone.