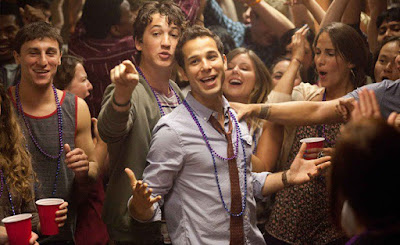 Today's edition of The Wall Street Journal has a column by Roger Altman that raises the question explicitly. Altman, who has apparently worked on nine different Democratic presidential campaigns, thinks that the Democrats are expecting the Trump Administration to "self-destruct," and he says that this is "delusional." I think he's right.

According to Wikipedia, the Democratic Party has been in existence since 1828. That makes it "the oldest continuing party in the United States," according to the Democratic National Committee (the DNC), which pretty much claims to "be" the Party.

Here is how the DNC presents itself, and the Democratic Party:

Today we are millions of supporters strong, fighting for progress and helping elect Democrats across the country to state government, Congress, and the White House.

There are several core beliefs that tie our party together: Democrats believe that we're greater together than we are on our own—that this country succeeds when everyone gets a fair shot, everyone does their fair share, and everyone plays by the same rules. Our party is focused on building an economy that lifts up all Americans, not just those at the top.

A recent poll, cited by a columnist for the New York Daily News, reports that "the Democratic Party is significantly less popular than both Donald Trump and Mike Pence." Now, that's bad!

Shaun King, who wrote the column, headlines it this way: "The Democratic Party seems to have no earthly idea why it is so damn unpopular." He goes on to observe that the Party's reaction to its unpopularity has been to call for "unity," but he questions what that means:

What this apparently means to the people who are calling for unity is getting behind the corporate, suit and tie, lobbyist-driven agenda of the establishment. But let me break it to you – the establishment has almost no grassroots momentum. Virtually every progressive grassroots movement in America right now is fueled by people outside of the Democratic Party establishment and this is a huge reason why the party is so outrageously unpopular.


Comments by Nancy Pelosi, which follow, seem to confirm King's observations. The block quote below is from a column by Thomas Frank, printed in The Guardian. Frank's latest book is called Listen, Liberal: or, What Ever Happened to the Party of the People?

"I don’t think people want a new direction,” House Democratic leader Nancy Pelosi said in December. Now is not the moment for infighting, others have insisted, but for unity and togetherness. Unity behind the existing leadership, that is. Changing the personnel in the C-Suites will only weaken us, they will say; hell, we can’t even afford to see our leaders criticized.

Bernie Sanders, who came close to winning the Democratic Party nomination for President last year, has said the Party needs a "total transformation." The Nation agrees with Bernie Sanders, and is also calling for a "transformation" of the Party. That means, according to Sanders, Frank, and The Nation, that "it’s time to abandon, once and for all, the party’s corporate centrism and addiction to big-dollar fund-raising." Conor Lynch, who writes for Salon, also agrees.

I am dubious about the future of the Democratic Party, as I wrote in a letter to The Nation. I'd like to see that called-for major transformation, but "dubious" is the word for how optimistic I am. What if the Party doesn't transform? What happens then?

While it may seem hard to believe that the Democratic Party could just disappear, that kind of thing has happened before. The Brookings Institution published a lengthy analysis on March 6, 2017 that noted some similarities between what happened to the Whig Party in the 1850's and what is happening to the Democratic Party today. In all fairness to the Democrats, the Brookings Institution analysis says the same kind of problems are afflicting the Republican Party, too.

So, how much life is left in the Democratic Party?

I think the answer to that question will come from ordinary, working family Democrats, and not from those associated with the upper echelons of corporate America. The Democratic Party is either going to be the "Party of the People," or it isn't going to be around for very much longer. Paying attention to the need for the "precise strategy" that Altman calls for is a requirement, too!