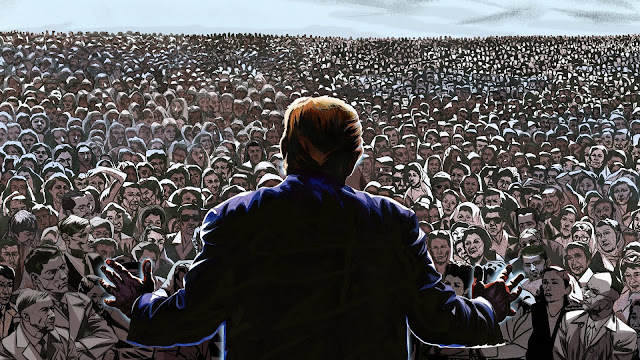 The March 2017 edition of The Atlantic carried an article with this title: "How To Build An Autocracy." It is worth reading. The article, framed as a cautionary fable, quoted James Russell Lowell, one of the founders of The Atlantic. In 1888, Lowell warned that the Constitution was not a “machine that would go of itself.” As the article said:

Checks and balances is a metaphor, not a mechanism.

Expecting that our lives can continue "normally," while our Chief Executive steers us towards autocracy, is to ignore both physics and our common experience.

Newton's First Law of Motion informs us that an object in motion stays in motion with the same speed and in the same direction, unless acted upon by another force. This translates, in our experience, to an observation that things are going to go on just the way they are, unless someone changes them.

We have been able to take for granted that we were always on the way, as a nation, to a future of freedom and fulfillment. The Atlantic is wise to warn us that our current politics may have placed us on autopilot towards autocracy.

If checks and balances is not a "mechanism," something that will automatically steer the ship of government back to within the boundaries delimited by the Constitution (and I think Lowell is right), then what will be needed to shift sails, turn the helm and set a new direction?

The Atlantic article suggests that waiting around for someone else to do it is to capitulate to the new "Captain." I like Bob Dylan, and what he says, and I think that last line is an advisory that he directs to each one of us:

Everything went from bad to worse,

Death kept followin', trackin’ us down,

At least I heard your bluebird sing

Now somebody’s got to show their hand,

Time is an enemy

I guess it must be up to me.