#43 / Tell Us About All These Tremendous Things 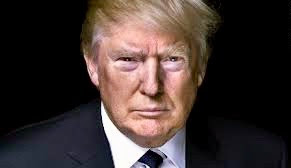 The Ninth Circuit Court of Appeals has determined that the courts have the right to review orders relating to immigration that are allegedly unconstitutional. To be more specific, the court said that those who believe that a particular presidential order is unconstitutional have the right to have their assertions heard and decided upon by a federal judge. Furthermore, the Ninth Circuit held that federal judges are well within their rights to "stay" an order under challenge, if it appears that the order is, in fact, unconstitutional, and if the president cannot demonstrate an urgent need to keep the order in place pending judicial review. Click right here for a copy of the court's well-reasoned decision.

President Trump has said that the court is simply wrong about the basic propositions stated above. He denigrated the Ninth Circuit, and said it was acting "politically," and that the judges' decision was "disgraceful." President Trump's claim is that when the president acts on a matter relating to immigration, whatever the president says is just the way it's going to be, and no judge should ever be able to stay or countermand any such order; the "constitutionality" of the order is simply not relevant.

As I read The New York Times on Saturday, February 11th, I found a news article outlining these views. Addressing his contention that the courts should simply step aside when the president issues an order relating to immigration, President Trump said this:

In short, President Trump is telling us that he knows "tremendous things" about our national security that, if we only knew them, would convince us that his apparently ill-considered and arbitrary "travel ban" order is perfectly justified.

How about you just share those "tremendous things" with us, Mr. President? How about you provide some evidence to the court, which in fact invited exactly that kind of justification for your currently unsupported immigration ban?

We are a "tremendous" country. If there are "tremendous" threats out there, which make it appropriate to prevent those with permanent resident status in our country from coming back here, when they have been traveling overseas, then why don't you let us know?

We can take it. We can handle "tremendous" problems. We can understand.

And if you don't want to share with the American people the alleged "tremendous" threats to our national security, then sit down and shut up.

Of course, the Ninth Circuit put it more politely!