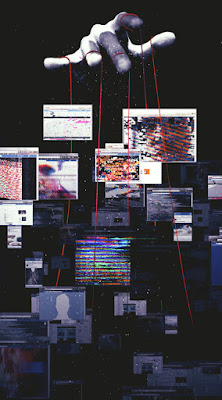 On November 20, 2016, the Sunday New York Times printed an opinion piece  titled, "The Secret Agenda of a Facebook Quiz." The article was of interest to me, as someone who is an active participant on Facebook, where this Two Worlds blog is routinely republished. I have, from time to time, taken such quizzes, offered on Facebook - as perhaps some of my readers have, too.

McKenzie Funk, the author of the Times' opinion piece, is a reporter who works on global environmental issues. He has an impressive resume that you can review by clicking the link. Funk's article tells us that various "quizzes" found on Facebook are, actually, efforts by Cambridge Analytica, a Republican Party political consulting firm, to amass a psychological profile of Facebook users.

According to Funk, the company now has a database of some 230 million adult Americans, and this database was mobilized during the Trump presidential campaign, and may well have played a part in helping Trump to win the election.

The profiles being amassed by Cambridge Analytica are based on so-called "OCEAN" scores - psychological profiles that evaluate "how you rate according to the big five psychological traits of Openness, Conscientiousness, Extraversion, Agreeableness and Neuroticism."

In the future (and probably already), Facebook advertisers, including political advertisers, can use the Cambridge Analytica system of OCEAN scores to send you "dark posts," which are fine-tuned to appeal to a very restricted group, all of whom have the same psychological profile. Those with different profiles will get different ads.

Read all about it by clicking this link. Then, watch out!

As Funk says, if you don't understand what's going on here, "you may ... be responsible the next time America is shocked by an election upset."