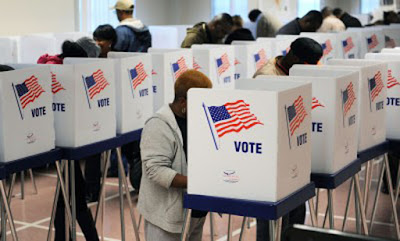 "One of the things I always try to tell people is when you vote, your vote doesn’t count for anything..."

I am quoting, above, from an article that appeared in the October 16, 2016 edition of the Santa Cruz Sentinel. The article reported on a meeting at which John Laird, California Secretary of Resources, and formerly Mayor of the City of Santa Cruz, provided information on the many ballot measures facing California voters on November 8th.

And who was it who said, "your vote doesn't count...?" That would be Morgan Smith, "a 20-year-old Santa Cruz resident and recent political science graduate at UC Santa Cruz." While saying that "your vote doesn't count for anything," Smith does, I gather, advise voting nonetheless. It is Smith's contention that a person's vote "counts as a statistic," and that "the more statistics you generate, the bigger an impact it has on politicians when they're deciding what to do."

Please let me correct the record. Voting counts! It happens that I teach in the Politics Department at UC Santa Cruz, though I don't think I ever ran across Morgan Smith. I was also elected to the Santa Cruz County Board of Supervisors five times, and lost an election to the California State Assembly, so I have some practical experience. Believe me, when I campaigned for office, in elections that were always quite close, it became obvious to me that voting "counts."

In fact, voting can be seen as an amazing kind of "trick," by which we, as a collective group of individuals, mobilize our small increments of individual power (our individual ability to do work) into the kind of massive power that builds dams and bridges, goes to war, and determines what the rules will be that govern our common life.

Each of us has the ability to do work and to accomplish things. We mobilize our personal power, individually, in all of our daily activities; none of us, however, using only our individual power, has the ability to accomplish any large project. If we, collectively, want to build a dam or a highway, to go to war or to make the peace, we need to act in common. And how do we actually do that, in fact?

Here's how. We agree that we will transfer most of our individual power, subject to the limitations imposed by the Constitution, to elected representatives, who will then be granted the right to "govern" us. Political science students and professors sometimes call this the "social contract." It's a bargain we make with each other. We give up a large part of our "personal" and "individual" power so as to be able to conjoin our individual power with the individual power of others, and by doing so, we achieve a larger, common power, capable of doing great things, and accomplishing large projects, collectively.

As I pointed out, yesterday, the future growth and development of the City of Santa Cruz, the kind of community we will collectively create, will largely be determined by the City Council representatives we select on November 8th. Those representatives will be selected by counting the "votes" that each one receives. The four candidates with the most votes will win; they will then have access to governmental power, as delegated to them by the voters, and that means the persons we elect will have the power to make decisions in our name. When important decisions are made by counting up votes (and that's how elections work), it ought to be obvious that every vote "counts." In Santa Cruz, no individual person will decide the future of our City. WE will decide its future, and we will decide it by "voting."

Thinking that our vote is only valuable as some sort of "statistic" is profoundly to misunderstand the immense power that we, collectively, have at our command, and that we mobilize and direct through the representatives we select.

Whether at the local level, or the national level - and in terms of all those state propositions - voting "counts."

So, cast your own vote. Put your power to work. And...

Tell your friends. That's really what politics is all about. We tell our friends what we think, and seek to persuade them to our point of view. The more persuasive we are, the more votes we will have for what we want.

We vote. Our friends vote. Other people vote. Everyone who is eligible can vote. And when that's done, we "count" the vote. 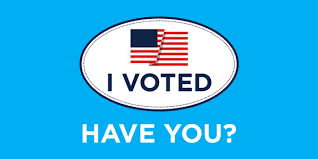