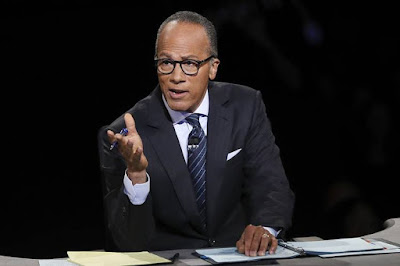 City Journal, which tends to take a "conservative" or "right wing" view of all things political, has editorialized on the last question posed to the candidates in the recent debate between Democratic presidential candidate Hillary Clinton and Republican presidential candidate Donald Trump. That question, posed by Moderator Lester Holt, was this:


One of you will not win this election, so my final question to you tonight, are you willing to accept the outcome as the will of the voters?

You can read a complete transcript of the debate by clicking the link. City Journal called that final question "the low point of a low night."

I agree with City Journal that "the candidates should have responded by asking Holt how he could even pose such a question." Neither of them did that. Both candidates said they would respect the outcome of the final vote.

In fact, however, both the Trump campaign and the Clinton campaign have, in somewhat different ways, and at different times, suggested that the other candidate is so "deplorable" (to use a Hillary Clinton descriptor) that he or she could not or should not be permitted to take office, no matter what the vote. I have noted that fact earlier, here on my Two Worlds blog, in a piece titled "Sore Loser." I wrote that piece shortly after returning home from the Democratic National Convention.

Both campaigns have indicated at least some unwillingness to accept a political defeat, but the most concerning statement, to me, came from former Congress Member, and former CIA Director, Leon Panetta, who stated at the Democratic National Convention that Donald Trump "cannot" be president.

Well here's a news flash for all of us. Donald Trump, indeed, "can" be president, if he gets elected. Same with Hillary Clinton. Our bargain with each other, in the face of deep divisions over virtually every political question, is that our politics will respect the "will of the voters."

I think Donald Trump would be an appalling choice for president, which is what makes the November 8th election incredibly important. Many have the same feeling about Hillary Clinton.

Let's duke it out at the ballot box. That's the American way!