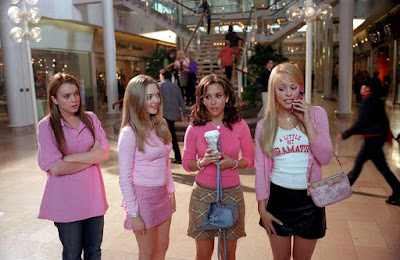 Deborah J. Cohan, who is a professor of sociology at the University of South Carolina-Beaufort, published what I thought was a wonderful column in the August 4, 2016 edition of the San Francisco Chronicle. Titled, "Gender Matters," the column outlined how a male candidate saying the same things that Hillary Clinton is saying would be treated by the media.

You can click the link to read the article, but I think that link will only work for subscribers. I do subscribe to the Chronicle, but for those who follow this Two Worlds blog, and who are not Chronicle subscribers, I want to make Cohan's observations available. I agree with her, and that we should not let sexism get in the way of making the best choice this November:


As a sociology professor who has researched and taught about gender for many years, I know that gender matters. And that gender difference matters. Yet, it is the difference that gender makes in our lives that matters most. Nowhere is this more evident right now than in the current election.

If Hillary Clinton were a man with the political prowess she possesses, he would be seen as not just qualified but more likely overqualified.

If Donald Trump were a woman with his same lack of political experience and qualifications, she would be told to go back to wherever she came from, most likely the kitchen. And, she likely would not have made it this far.

If Clinton were a man, his rational authority, pragmatism, optimism and sober speeches would work in his favor and would be celebrated.

If Trump were a woman, her name-calling would indicate that she is ruled by her out-of-control, post-menopausal body, her tweets would be seen as catty, gossipy, and more like something out of “Mean Girls,” and her condescending ways with marginalized others would be seen as exclusionary bitchiness.

If Clinton were a man, having been a senator and secretary of state would be a good thing and a sign of understanding complicated budgets.

If Trump were a woman, her history of bankruptcies would indicate that she is careless with money and that she went shopping one too many times.

If Clinton were a man, his speeches would be seen as strong and exuding confidence.

If Trump were a woman, her speeches would be regarded as shrieking, hysterical rants.

If Clinton were a man, his pantsuits might earn high marks.

If Trump were a woman, she’d be told that she should hire a better hair colorist. And a speech coach to assist her with controlling her belittling facial expressions and hand gestures.

If Clinton were a man, he’d be regarded as monogamous and lovingly loyal, even in the face of a spouse who had previously cheated. He would be admired for staying with his wife through thick and thin.

If Trump were a woman, she’d be labeled an immigrant-loving slut for her choices in whom to marry.

If Clinton were a man, we’d be apt to see his spouse as a magnetic public speaker who routinely and magically wins over a room.

And now we have the unique chance to have Clinton, an exceptionally accomplished woman, as our next president. That is, unless we let sexism get in our way.