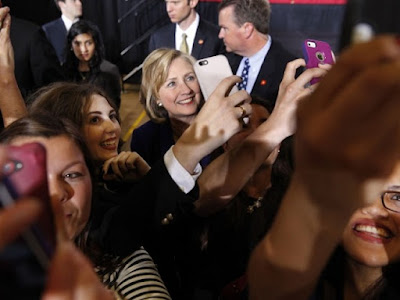 This is a political season, and we are being exposed, relentlessly, to the personalities of those politicians who are seeking public office. We either "like" those personalities, or we don't like them. I want to suggest that whether or not we "like" a candidate should not be our main concern. "Liking" a candidate should not be the most important thing.

Of course, whether or not we "like" a candidate is important to the political process, because voters do vote for candidates they "like." But maybe that shouldn't be the most important thing about a candidate.

I was a candidate myself, at the local level (five times a candidate for County Supervisor, and won every time). While I always tried to be pleasant, and likable, I don't think I ever got elected because voters "liked" me, or liked my personality. What voters liked was their perception that I was committed to trying to achieve something in the public realm that they wanted to see accomplished, and that I was likely to be successful in accomplishing that objective. Whether they "liked" me or not, voters marked my name on the ballot because they wanted to stop the runaway growth of Santa Cruz County, and thought that I would be able to do something about that.

Incidentally, I did do something about it! Read my Five Simple Rules if you'd like to see what I believe you have to do to be a good representative. One of the keys is to try to do what the people who elected you want you to do.

But back to "personality politics." I have been talking to various candidates for our local City Council, and I have found that they want to be sure to emphasize their "good personal qualities." Those good personal qualities are definitely important. It's important to be hard working, engaged, intelligent, and etc. However, my question is always, "what are you going to do for me?" There are lots of "nice people" in the world, and people with likable personalities. What I'm looking for in a candidate is something more. I want to see if they'll fight on the issues I care about - and the future growth of our community is still one of those issues, for me.

When we elect people, we transfer our power to them. Once elected to the City Council, our representatives "are" the City, and have the legal right (which the courts recognize) to take binding action on behalf of everyone. So, what are they committed to, in terms of how they want to use my power?

That's my number one concern.