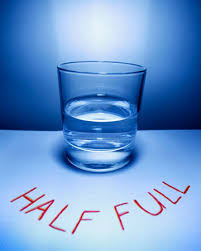 Elizabeth Kolbert has an article out in the April 18, 2016 edition of The New Yorker that Kolbert titles "Unnatural Selection." The article mainly tracks the work of Ruth Gates, a marine biologist who works at the Hawai'i Institute of Marine Biology, and who is trying to save coral, at a time when ocean acidification, caused by global warming, is threatening to kill all coral, everywhere.

Gates is, according to Kolbert's report, "a glass half full sort of person." That characterization is meant to explain what keeps Gates going, in view of the incredibly powerful reasons to be pessimistic. The views of many scientists who study coral are summed up in this headline from The Guardian: "How global warming sealed the fate of the world's coral reefs." Note the past tense!

Or, to pick another headline from The Guardian: "I was shocked: most of the coral in the Great Barrier Reef is dead or dying."

The "half full" optimism that Gates is able to muster is based on her work to create human designed coral reefs that will be "capable of withstanding human influence." In short, Gates says, "I am a futurist. Our project is acknowledging that a future is coming where nature is no longer fully natural."

Gates is part of an effort to supplant the World of Nature with a world that we create. Such a world will be able, perhaps, to "withstand human influence" because it will be a world actually created by human beings.

It may be, given our current situation, that we now have nowhere else to go but to attempt this type of substitution, since our human civilization, and human lives, are are so utterly dependent on the Natural World, a world in which we appear as creatures, not creators.

Kolbert's latest article on "Unnatural Selection" is, like all her writings, well worth reading. She definitely gives Gates' "half-full" approach a more than fair hearing. Between the lines, however, I think I sense on Kolbert's part a significant doubt that we can really substitute a human-created world for the World of Nature that our actions are destroying.

The coral reefs in the oceans of the globe are only one example of what we are doing to the World of Nature upon which we ultimately depend for everything.