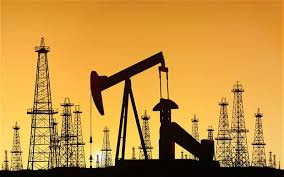 Robert Samuelson writes a column for the Washington Post. Back on December 27, 2015, Samuelson said that "regulating the world's temperature is mission impossible."

What’s being attempted, of course, is the wholesale replacement of the world economy’s reliance on fossil fuels (coal, oil, natural gas) for four-fifths of its energy. To be sure, the shift is envisioned to take decades, four or five at a minimum. Still, the vast undertaking may exceed human capability.

When we think about what the future may hold, we can, as Samuelson does in this case, consider the future from the perspective of an "observer." This perspective is natural for a columnist, whose job it is to provide his or her "observations" about various topics.

In fact, however, any one of us can also consider the future from the perspective of an "actor." The human world is one that human beings create by the choices they make and the actions they take. It is a fallacy to think that we should consider the possibilities before us as if our role were simply to "observe" some truth that exists independently of what we ourselves can do. In fact, our role is to create the world we wish to inhabit. Our assignment, in other words, is to "act," not "observe."

Samuelson believes that those who met last year in Paris, from November 30th to December 11th, have not properly "acknowledged the difficulties." That might be true, and acknowledging the difficulties we face is always appropriate. What is not appropriate is to discuss the future as if we were observers only, making predictions about what the future will bring based on our past experience, extrapolated.

If we were actually to take seriously the fact that the fate of our human world depends on our ability to make the transition to a non-hydrocarbon economy, we would be less interested in "observations" based on past experience, and we would be more interested in suggestions for "action." Check out that book Power Shift that I have mentioned in former blog postings. It discusses not what is "likely" to happen, but what we must do.

At this stage, in view of what continued global warming would mean, "observing" what is happening is not that productive, if that's all we do. We need to be figuring out what actions we can take to stop global warming, and then we need actually to take those actions. That is the only perspective that really makes sense. Otherwise, we are all just going to be sitting around, acknowledging the difficulties, and waiting for the world to end.

It won't be a pretty sight.