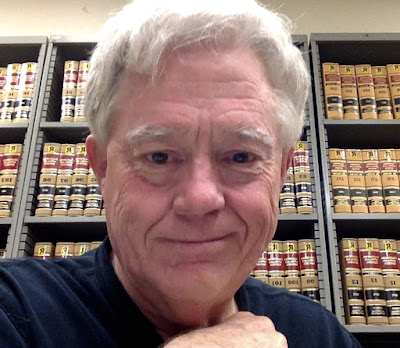 That's my photograph at the top of the column. It's a relatively recent depiction. The photo at the bottom of the column is of the recently-retired San Francisco Chronicle columnist Jon Carroll. He and I are about the same age, and he has always (except for his strong connection to cats) spoken to my condition, as the Quakers like to say.

Three days before November 20, 2015, the day Jon Carroll laid down his columnist duties for the Chronicle, Carroll published "How to be old: a user's guide." I'm reprinting it here, somewhat in honor of my own birthday, which is today, but truly in honor of Carroll's wonderful, wise, and witty way of talking about our world.

I hope to be around for a little while more, but like Jon Carroll says, death could be a problem. Seems like his real message might be to forget about that problem, and smell the ecstasy!

Should we grow old together? Why not?

How to be old: a user’s guide

The first rule to being old is to admit that you’re old. I’ve written a bit about being old before, and I have invariably gotten responses that went something like “We are not old! Last year, we trekked from Antarctica to Panama while carrying a 10-pound typewriter and fending off rabid colocolos with a stick. We’re young at heart!”

And you may very well be young at heart, but you’re old at body. That’s sort of the point of “old.”

Your youthful vitality may have flagged, despite your recent attempts to break a decades-old record for hiking the Pacific Crest Trail while carrying a typewriter. This is normal. Perhaps you forget the names of things; I once spent 48 hours trying to come up with the name Uma Thurman even though I could have Googled “Pulp Fiction” at any time.

I challenged my brain, and my brain won. Eventually.

Maybe you’re not screwing as much as you used to. Normal. Your partner is probably grateful. Can’t help you there.

But I may have some ideas about the brain thing. It’s not the little memory events; it’s the hardening of the brain that’s the problem. If you find yourself thinking about how golden and innocent 1965 was: brain sclerosis. If you resent smartphones, streaming videos, revealing tank tops and mixed dorms: neuron damage. You ever wondered why you get annoyed by pointless little things that never bothered you before, like loud music, texting acronyms and people who take up two parking spaces? Clotted brain.

You know the old guys in comic strips who wave their canes and curse at rambunctious kids: That’s you now. Of course you’re irritable; you’re old. Suddenly you are the member of a much-caricatured minority: the elderly. Don’t like “elderly” either? Deal with it.

So your choice is: Keep participating in life, or burrow into your home environment and go out once a week for a Grand Slam breakfast at Denny’s and a little shopping. I may have tilted the choices a little bit to force the right answer, but I know I’m right. Heck, you know I’m right.

Befriend as many younger people as you can. Just don’t speak any sentences that start with “In my day ...” Your day is the past. The only people who care about your past are your grandchildren, and they’re just saying that to keep you from asking how they’re doing in school.

And your adult children may one day be interested in where they came from, but then you’ll be 108 and only be able to point at photographs and say “panda.” Even, you know, if there’s no panda in the picture.

Perhaps you are already alone. Community bridge games do not interest you, and you have a horror of taking a chartered bus to Reno to play slot machines and see an Up With People tribute band. You go to bed too early to really make the bar scene, and you don’t have the money for an age-appropriate boat cruise down the Rhine.

Look on the bright side: If you’re old, you don’t care what people think anymore. You can wear almost anything, and it’s OK: People on BART will still give you a seat. It’s a perk, like cheap movie prices. Be eccentric. Be anything you want. If you embarrass people, they should lighten up and get with the program. One day, you tell yourself, they’ll understand.

There’s a joke I wouldn’t have done 10 years ago. But now I can, because old.

Also, death could be your problem. Do you think about it from time to time? It’s unthinkable but inevitable. I imagine you’ve prepared for it (changing your will: another senior activity), but who can actually be prepared? You’ve known about death all your life, but you trusted medical science to come up a cure for death long before now. Yeah, well ...

Oh, and pain. Did I mention pain? That’s part of the package. My suggestion: Watch your pain as from a distant planet. It’s there, you’re here. It is not you.

Life is out there. It’s the same intricate ball of facts and emotions it’s always been. Smell the darned roses, or smell the peanut butter. Practice ecstasy.

Shall we grow old together? Why not? 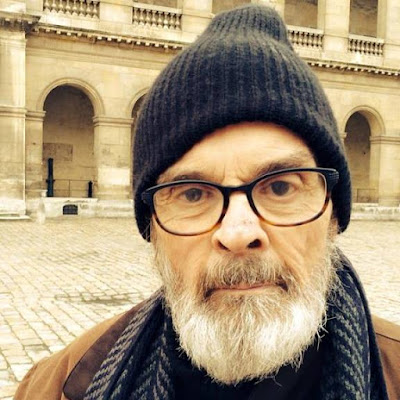