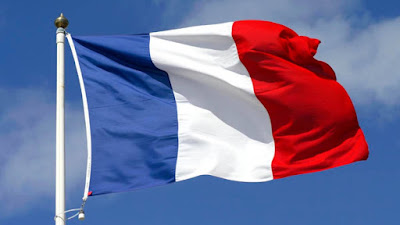 The terrorist attacks in Paris were horrific. According to French President François Hollande, the attacks were "an act of war that was committed by a terrorist army, a jihadist army." Evidence does seem to exist tying ISIS to the multiple attacks, made throughout Paris.

As might be expected, when some horrible action is categorized as an "act of war," military solutions are immediately suggested as the best response. Presidential candidate Jeb Bush, to cite one example, has said the attack is part of “an organized effort to destroy Western civilization,” and promised to “take out ISIS.” I gather that Jeb means "boots on the ground." Just like his father. Just like his younger brother.

And President Hollande has definitely concluded that a "military" response is the right response to the terrorist attacks in Paris. On Sunday, he called for a "major bombardment" of ISIS in Syria.

I believe that there is a good argument that the horrific attacks in Paris were, in fact, "acts of war," but these bombings were not like "Pearl Harbor." ISIS wasn't aiming to start a war with these attacks in Paris. Quite the contrary. The United States government (aided by France, and others) has been engaging in military actions in Syria and Iraq, specifically aimed at ISIS, and involving bombings from aircraft and targeted drone killings.

In other words, these Paris attacks were not "acts of war," in the sense that they "began" some new, unexpected warlike activity. The opposite is the case. We have initiated military hostilities. We're fighting ISIS on the territory they claim. Largely, we're doing it with bombs and aerial attacks, but the President has recently committed to more direct, "boots on the ground" military actions, too.

Since ISIS and the other groups against whom we are carrying out military attacks in the Middle East don't have any significant air force of their own, they have had to respond to our military attacks as best they could, and that response has involved driving up to the places where their attacks would have a big impact. Like how about a heavy metal rock concert in Paris, on a Friday night?

Those who carried out the attacks in Paris should be treated as criminals, not soldiers. We would do well not to escalate military involvements in the Middle East. They will come home to haunt us, as they just have in Paris. In fact, we should be trying to deescalate and withdraw from military action, unless we want this kind of "jihadist war" to proliferate.

And speaking of the concept that what we are seeing is a "jihadist war," aimed at "destroying Western Civilization," I think non-Muslim societies and countries in the West should not be baited into continuing conflicts based on religion. Religious conflicts are inherently unresolvable, since both sides know they have "God on their side," and who is going to let God down by not fighting back?

Iyad El Baghdadi, an Arab Spring Activist who was expelled by the United Arab Emirates in response to his activities, has a better thought.

El-Baghdadi argues that ISIS wants to eliminate any sense that it is possible for Muslims and non-Muslims to co-exist, because if that is possible, then the binary world of “believers” and “non-believers” can’t exist. Any sense of a “Greyzone” in between, where, in the words of ISIS, the Muslim and the Kufr co-exist, must therefore be destroyed, so that, in El-Baghdadi’s words, the world becomes as black and white as ISIS’s flag.

El-Baghdadi argues that the worst thing that we in the Western World can do is to give ISIS what they want, which would be to turn on the Muslim world, giving them no choice but to align themselves with ISIS. As just demonstrated in Paris, ISIS, which represents only a tiny percentage of the Muslim World, is clearly able to terrorize us, to deliver terror to our territories. Imagine, says El-Baghdadi, a situation where they get a lot more support.

Bob Dylan almost always has good advice. At least that's my belief. Here's a thought that I think has relevance as we contemplate entering even further into a religious war that will not (as we see) be confined to Middle Eastern countries where we can ignore the consequences of what military actions mean:

If God's on our side, He'll stop the next war.

Actually, let me go just a bit beyond Mr. Dylan. I wouldn't wait around for God to stop the next war.

That's something we can do ourselves.