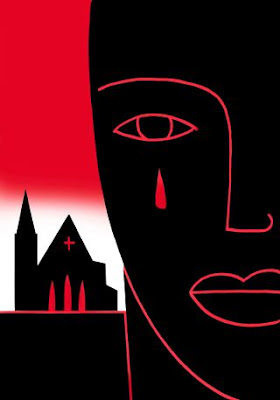 I commend to you an article in the September 28, 2015 edition of The New Yorker. The article is by The New Yorker's editor, David Remnick, and is titled "Blood At The Root." The article describes, poignantly, Remnick's visit to Charleston, South Carolina, in the wake of the horrific killings carried out in the Mother Emanuel African Methodist Episcopal Church, on June 17th, 2015, by white supremacist Dylann Roof.

The article explores the unusual reaction of the Church (and the greater community) to the killings that took place right within the sanctuary walls:

There were no uprisings in North Charleston, as there were in Ferguson and Baltimore, no public displays of mass outrage. Race, it turned out, had not ceased to matter, but forgiveness and forbearance, a spiritual tradition and a temperament rooted in the black church, the most powerful of all African-American institutions, prevailed. Clementa C. Pinckney, a Democrat in the state senate and the pastor of Mother Emanuel African Methodist Episcopal Church, in Charleston—the oldest historically black church in the state—led a rally in North Charleston and campaigned to have police wear body cameras. He also showed an almost unfathomable degree of empathy, and not only with the victims. “Our hearts go out to the Scott family, and our hearts go out to the Slager family,” Pinckney said. “Because the Lord teaches us to love all.”

Near the end of Remnick's article, he reports on a conversation with Muhiyidin d'Baha, one of the organizers of Black Lives Matter, Charleston. d'Baha does not reject the spirit of forgiveness and forbearance that the ministers in Charleston have demonstrated in the wake of the horrific killings at the Mother Emanuel Church, but he does want to make clear that "his kinship is less with the civil-rights ethos of nonviolence (passive resistance, he says, was 'silly' and 'dehumanizing') than with the militant tradition of SNCC, Malcolm X, and the Black Panthers."

As I have reflected on the article, and particularly on the fact that d'Baha has equated "nonviolence" with "passive resistance," I have come to the conclusion that those committed to nonviolence, in this world of ever increasing violence, must agree with him that "passive resistance" is not the right response to the systematic oppressions that are ever more visible in our contemporary society.

I can reject "passive resistance," but only in the name of "militant nonviolent resistance." That means, to me, that we must never demonstrate "passivity" in the face of oppression, but that we must oppose and resist oppression boldly, and with both militance and power.

But a call for militant resistance does not equate to a call for violence.

Militant nonviolent resistance means that we must organize ourselves on the basis that we will be willing to die for the truth, not kill for it.