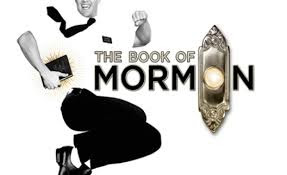 The Book Of Mormon (the musical I mean, and not the holy writ, as originally presented to the world on "golden plates") is still playing on Broadway. It is playing in San Francisco, too, at the Orpheum Theatre. It won't be there much longer, but it appears that tickets may still be available for shows through June 27th. I saw the show on Saturday night, June 20th, with a seat on the aisle in the fourth row. An impressive theatre and an impressive performance. I recommend it! 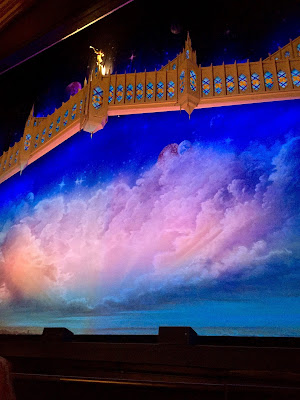 The song that most captivated me was "I Believe." You can click this link to hear it performed by the original Broadway cast.


In keeping with the show's intention to make fun of the Mormons (and by extension to make fun of all religions), the "I Believe" lyrics make it pretty clear that to believe what the Mormons believe  (I guess they believe it) you'd have to be crazy. Or you would have had to find some way to suspend disbelief:

I believe that God has a plan for all of us

I believe that plan involves me getting my own planet

And I believe that the current President of the Church, Thomas Monson, speaks directly to God

I am a Mormon

And dangit, a Mormon just believes


Perhaps most telling, at a time when the enduring and deep-dyed racism of the United States has once again been tragically revealed to us (this time in Charleston, South Carolina), the Mormon's late-breaking belief that people with black skins also have a soul, and could be saved, is poignantly presented. The Mormon missionaries who are the actors in the musical have been sent to Uganda to convert black people and bring them to the Church of Jesus Christ (of Latter Day Saints). Here's why they are there:

I believe that Satan has ahold of you

I believe that the Lord God has sent me here

You can be a Mormon

A Mormon who just believes

It is not the main thing we need to do.

That's what we need to do.

That's what I believe.