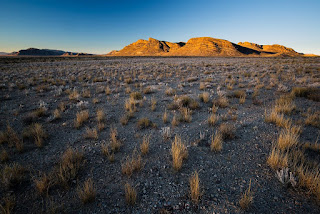 There has been a great deal of effort expended in my home town of Santa Cruz, California, to persuade President Obama to designate the Coast Dairies land on the Santa Cruz County North Coast as a National Monument. The local effort was initiated by Sempervirens Fund, in cooperation with other conservation organizations. It began with a call to the President to establish a "Santa Cruz Redwoods" National Monument.

There is a significant debate in the community whether or not the creation of a National Monument on the Coast Dairies property would really be of benefit, but that debate aside, it appears that a consensus is developing that if a National Monument is declared, the name should not include the word "Redwoods," just based on a commitment to "truth in advertising."

There are relatively few acres of redwood trees among the 7,000 acres that comprise the Coast Dairies lands. I have been told, in fact, that a title recognizing the Native American (Ohlone) stewardship of the land might be proposed by the Santa Cruz County Board of Supervisors. That hasn't happened yet, of course, but given the legislation that permits the President to establish National Monuments, this recognition of the history of the land would seem an appropriate reason to select such a name.

Santa Cruz County is definitely not alone in seeking the designation of a National Monument. Efforts here appear to be consistent with such promotional efforts occurring lots of other places, too. "Monumental" ideas seem to be proliferating. There is, for instance, an active effort to persuade the President to name "Berryessa Snow Mountain" as a National Monument, and the San Francisco Chronicle carried a story on Friday, June 12th, that proposed a National Monument designation for the large scale sculpture called "City," pictured above. The top photograph is representative of the natural lands surrounding the sculpture, which is pictured below.

When National Monuments are established, that occurs through a Presidential Proclamation, issued pursuant to the American Antiquities Act of 1906. Here is the operative language:

The President of the United States is hereby authorized, in his discretion, to declare by public proclamation historic landmarks, historic and prehistoric structures, and other objects of historic or scientific interest that are situated upon the lands owned or controlled by the Government of the United States to be national monuments, and may reserve as a part thereof parcels of land, the limits of which in all cases shall be confined to the smallest area compatible with proper care and management of the objects to be protected ...

While, there is no doubt about the "historic" nature of the Coast Dairies proposal, and other efforts around the nation to recognize and protect the outstanding natural environments that have sustained and inspired our civilization, my own thought is that however powerful and effective "City" is, as a work of art, its claim to be an "historic landmark," or to be an "historic" or "prehistoric" structure, is not well justified.

I think, as readers of this Two Worlds blog know, that we can easily get confused about the Two Worlds we inhabit. Equating even our very best constructions to the features of the Natural World seems to me to be a "Two Worlds" mistake.