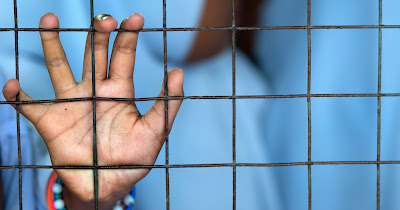 This past Wednesday, June 17, 2015, the United States Court of Appeals for the Second Circuit announced a decision in the case of Turkmen v. Ashcroft. If you click the link, you can read the complete, 109-page opinion. If you want an explanation aimed at the informed layperson, click right here.

The Center for Constitutional Rights explains the case this way, in their June 17, 2015 press statement:

Today, in a case brought by the Center for Constitutional Rights (CCR) thirteen years ago, in April 2002, the Second Circuit Court of Appeals reinstated claims against former Attorney General John Ashcroft, former FBI director Robert Mueller, and former INS Commissioner James Ziglar for their roles in the post-9/11 immigration detentions, abuse, and religious profiling of Muslim, Arab, and South Asian men. It is exceedingly rare for a court to allow claims against such high-level officials to proceed.

The case seeks to hold accountable high-level Bush administration officials, including former-Attorney General John Ashcroft and former-FBI Director Robert Mueller, for their role in ordering racial and religious profiling and abuse in detention, in violation of the detainees’ rights under the First, Fourth, and Fifth Amendments to the Constitution. Plaintiffs were held in a specially-created Administrative Maximum Special Housing Unit (ADMAX SHU), in solitary confinement. They were purposefully deprived of sleep, denied contact with the outside world, beaten and verbally abused, and denied the ability to practice their religion. The former-wardens and other Metropolitan Detention Center officials who oversaw this abuse have also been named in the case.

So far, nothing has actually happened to the government officials who (allegedly) stripped the plaintiffs of their Constitutional rights and subjected them to what amounts to torture.

The "revelation" here is that the court said that high-ranking federal officials can actually be held accountable for their behavior in a court of law. What a concept! You might think that if known government officials unfairly and with no basis in fact subjected you to torture and imprisoned you for crimes you didn't commit that there should be some sort of redress. Those responsible should in some way have to be held liable.

One might think so, but as the Center for Constitutional Rights so correctly states, "it is exceedingly rare for a court to allow claims against such high-level officials to proceed." What the decision of the court means is that the plaintiffs are now actually going to get their "day in court."

It is amazing that this should be almost unprecedented, but so it is. Those who care about justice are celebrating, and what they really have to celebrate is the following statement by the court:

If there is one guiding principle to our nation it is the rule of law. It protects the unpopular view, it restrains fear‐based responses in times of trouble, and it sanctifies individual liberty regardless of wealth, faith, or color. The Constitution defines the limits of the Defendants’ authority; detaining individuals as if they were terrorists, in the most restrictive conditions of confinement available, simply because these individuals were, or appeared to be, Arab or Muslim exceeds those limits. It might well be that national security concerns motivated the Defendants to take action, but that is of little solace to those who felt the brunt of that decision. The suffering endured by those who were imprisoned merely because they were caught up in the hysteria of the days immediately following 9/11 is not without a remedy.

Since September 2001, the United States government has been acting like the terrorist attack that took place against the Twin Towers on September 11th of that year is a justification for anything that the government might want to do in the name of a "War on Terror," including simply killing people, without any trial, if the President has decided that such persons should be killed.

Such claims on the part of government are fundamentally inconsistent with the Rule of Law, and if our nation discards the Rule of Law, as part of our response to terrorist acts, then we actually don't have much left to protect from the terrorists.

So, read what the court said one more time. Thanks to the decision in Turkmen v. Ashcroft, it looks like the Rule of Law still has a fighting chance.