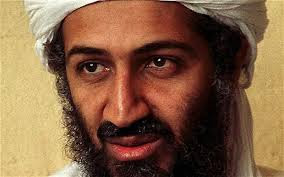 As you may have heard, Seymour Hersh says that the United States government has lied about how Osama Bin Laden was killed. Hersh's account is "utter nonsense" according to the C.I.A.

It is hard to know what to believe. I have read the Hersh article, which appeared in the May 21, 2015 edition of the London Review of Books, and the article seems plausible to me, though admittedly largely based on sources whose names are not disclosed. During the Vietnam War, Hersh was a truth teller. I am not inclined to believe he has changed his stripes. During the Vietnam War, the United States government lied to the people on a routine basis. I am not inclined to think that much has changed there, either.

If Hersh's story is accurate, Bin Laden was not, actually, "tracked down" by U.S. intelligence. At the time he was killed, he was being held under the control of the government of Pakistan, and the C.I.A. found out about that when a "walk in" source, motivated by an offer of $25 million for information leading to Bin Laden, spilled the beans. The C.I.A. then blackmailed the government of Pakistan to let the United States kill an unarmed and undefended Bin Laden (there was no "fire fight," according to Hersh).

The U.S. government motivated Pakistan by threatening to "turn off the spigot" of U.S. military aid unless Pakistan went along with U.S. wishes. Leon Panetta (at one time a member of Congress representing the Monterey Bay Region, and who was at that time the head of the C.I.A.) is said personally to have negotiated the arrangements. Again according to Hersh, Panetta also suggested that the U.S. should claim that the information leading to Bin Laden was at least partly acquired by "waterboarding and other forms of torture." That was not true, says Hersh, but making the claim would help justify torture, which had been coming under fire, given that the United States was clearly engaged in an extensive use of torture beginning during the presidency of George W. Bush.

If you click this link, you can see a graphic portrayal of the thousands of civilians killed in Pakistan by U.S. drone strikes. You can read Hersh's article about the murder of Bin Laden by clicking right here.

Query whether being elected President of the United States, or being appointed head of the CIA, might give you a pass on that one!